Reviewing our most-read articles each year gives us a snapshot of the cultural highs and lows from the past 365 days. Our content covers a wide array of topics—film, television, literature, media, internet, politics, music, tech, sports, celebrity culture, and more. The most-read article list is a check of our readership’s pulse, so to speak. And the articles that got our readers’ hearts beating in 2018? There are several covering the #metoo and #ChurchToo movement; a few on key cultural figures; a few on films and games, and a few on politics.

Of course, these are just a sampling of the many, many excellent articles published in 2018. This collection highlights how we at Christ and Pop Culture seek “to edify the Church, glorify God, and witness to the world by encouraging and modeling a biblical presence within culture.” If you are new here, these articles will provide an excellent introduction for our approach to cultural commentary. If you’ve been reading throughout the year, see if your favorite article made the list! Thanks for reading along in 2018. If you’ve benefited from our work, your gift will sustain our efforts in the year to come. 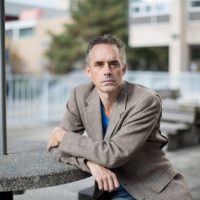 Though no one would mistake him for Jason Statham or Vin Diesel, Peterson’s public image functions very much like what we expect of action heroes. If you don’t buy into the politically progressive script, for instance, you can watch videos of him taking down the “bad guys.” 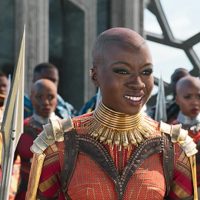 #9 The Role of Black Women in the Church: A Wakandan View of Flourishing

The truth is a fictional African nation offers a more compelling vision for black womanhood than the one currently offered by the majority of the world or even in evangelical spaces. In Wakanda, the vision of an African utopia is not limited to freedom from colonialism, slavery, and plunder; it includes a vision of human flourishing where women, particularly black women, are celebrated, honored, and heard as agents of change and as partners. 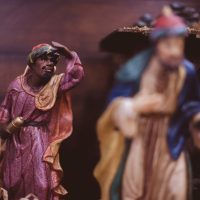 #8 Advent Is Actually Quite Political

Whether we intend for it to be or not, the songs we sing, the words we repeat, the prayers we pray, the rhythm and rituals of our corporate identity shape our political identity. The real question is not whether our churches are political, but whether we’re aware of it. 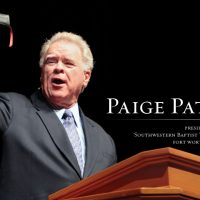 Evangelicals clearly have some issues with gender to work out. But something more profound connects these cases. While the temptation is evident in a case like Hybels’s to push women further out of church leadership, Patterson’s comments make it clear: we desperately need the influence, leadership, and inclusion of women. 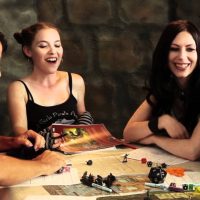 #6 Dungeons & Dragons and the Church

It is this deep longing for story and for connection that is driving the resurgence of Dungeons & Dragons. The problem though, is many people in the church today still live with the same vague, residual impression that there is something inherently sinful about D&D that I grew up with. 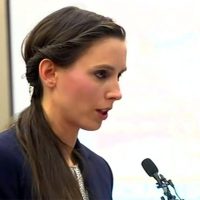 On the one hand, we have a woman who was violated in unspeakable ways, and has put everything on the line in the pursuit of justice for herself and so many others. On the other, we have spiritual leaders who enjoy unparalleled privilege and access to the world’s most powerful man. 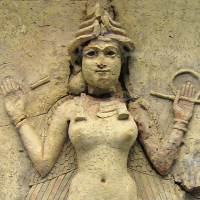 So, if Easter did coincide with an Anglo-Saxon feast to a goddess no one’s ever heard of—well, I mean, coincidences happen. There are only so many days in the year, you guys. 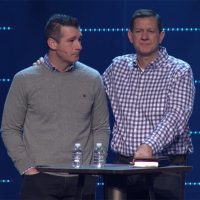 The Christian’s goal of assessing power should not be to condemn it, but rather, to consider its potential for good and bad and then steward it accordingly. We need to evaluate, silly as it sounds, the power of power, and consider what it looks like to rightly wield any power we may hold while also imploring those who hold the same amount or more to wield their power in such a way that benefits the powerless. Savage and Harmon did not steward their power; they abused it. 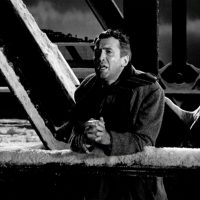 #2 George Bailey at the Bridge: The Costly Virtue of It’s a Wonderful Life

What does costly virtue look like? Costly virtue sometimes does look like brokenness, and when we practice virtue, we might find ourselves, as George, weeping at a bar. In practicing costly virtue, we imitate Christ, who was no stranger to giving all he had in service to others—to giving all he had to not just hold back evil, but defeat it. And when we find ourselves broken because of the cost of our virtue, that is also an imitation of Christ, who wept and sweated blood in a garden. It probably won’t look like actually giving up our lives—not for most of us in the West—but George Bailey gives us a good picture of what it might look like for the average, struggling person. 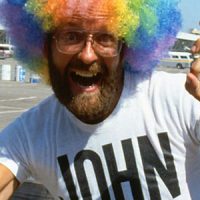 #1 Why the John 3:16 “Rainbow Man” Is Serving Multiple Life Sentences

I’m not sure we’ve fully reckoned with the impact mass media (and now, online media) has had on our culture, but one side effect seems to be that we’re all obsessed with fame—and that finding Jesus doesn’t do much to cure that. We all expect to have important, dramatic lives—that every event in our lives will mean something and will lead to something bigger. We all think we’ll turn out to be heroes. The continuation of this site and the insightful cultural analysis our writers produce is only possible through your generous support. Consider becoming a member for as little as $5 per month. You’ll get free stuff each month, full access to CAPC Magazine (including all back issues), entrance to our exclusive members group on Facebook—and you’ll help us keep the lights on. Join now.