The rise of Bernie Sanders this election cycle has American voters dusting off an old question: What is socialism? In 2016, the Cold War is a distant memory, and many millennial voters were born after the fall of the Berlin Wall. In a political race shaped by tweets and sound bytes, it’s tempting to think socialism is just a catchall term for a hodgepodge of liberal policies like free college, universal healthcare, wealth redistribution, and tax plans.

Such assumptions suggest that socialism is misunderstood in the 21st century—in fact, even socialists say so. As Connor Kilpatrick laments, “It doesn’t help when one of [Sanders’] largest celebrity backers—Family Guy creator Seth MacFarlane—says we could ‘use a little bit of democratic socialism,’ as if he were talking about a few more splashes of hot sauce in a bowl of chili.” Kilpatrick’s right. For most socialists, socialism isn’t just a topping; it’s a main course.

Socialism…possesses a near-sightedness that Christianity can remedy.

Socialism certainly presents a compelling vision for humanity: a world of brotherhood, compassion, elimination of greed, and open artistic expression. Christians can identify with this longing to return to the paradise lost in the Garden of Eden—indeed, many Christians can find common ground with socialists on particular policies. But as a worldview, socialism also possesses a near-sightedness that Christianity can remedy.

Like many worldviews, socialism seeks to address the greatest problems that face humanity. As socialist Eugene Debs once said, “Thousands of years ago the question was asked: ‘Am I my brother’s keeper?’ That question has never yet been answered in a way that is satisfactory to civilized society.” Evoking the story of Cain and Abel, Debs used a familiar archetype to characterize the proud self-interest and carnal competitiveness that has plagued human beings since the dawn of time.

The world’s basic problem, Debs contended, is that humanity has raised sons and daughters of Cain. As the Apostle Paul would put it, men and women are “full of envy, murder, strife, deceit, maliciousness” (Romans 1:29). Debs—whose portrait hangs in Sanders’ office—believed that Cain’s jealousy has afflicted humanity and prevented it from ever “rising above the animal plane.” Human energy has been squandered for millennia in fighting—not for justice, but for things.

Socialists recognize that men and women in every age reenact the strife of Cain and Abel. Every generation deepens the ruts. Powerful people greedily amass treasuries while the less wealthy are left to spend every ounce of energy providing basic essentials—feeding themselves, clothing themselves, sheltering themselves. As Oscar Wilde points out, in a world of jealousy and greed, we “confus[e] a man with what he possesses.” Brothers and sisters do not love one another, care for the poor, or share with the needy. Rather, they claw and trample over one another in struggle.

Christianity thus shares with socialism an understanding of humanity’s Cain-like strife. Unfortunately, though, socialist thinking tends to ignore a vital third character in Genesis 4: The Lord who acts as foreknower and judge of Cain’s crime. It is certainly troubling that Cain sees no need to be his brother’s keeper; however, it is more troubling that he disregards the warning of his Almighty Creator: “Sin is crouching at the door. Its desire is for you, but you must rule over it” (Gen. 4:7). While socialism fully acknowledges that we live in a Cain-kills-Abel universe, it often denies the sin-is-crouching-at-the-door state of the human heart. And because they fail to fully diagnose the illness, socialists sometimes propose ineffective cures.

When seeking solutions, socialism most often looks at external factors, looking to answer the question, “how is society corrupting the individual?” In an interview for Ask the Nation (CBS), Bernie Sanders insisted that climate change heavily contributed to the rise of ISIS. He explained that when crops in Syria fail, “people all over the world are going to be fighting over limited natural resources.” They then migrate to urban centers where they become listless—prime candidates for terrorist organizations like ISIS.

Many balked at Sanders’ logic, scoffing at the idea that the war on terror is somehow linked to climate change. However, Sanders’ response is consistent with his socialist beliefs: The competitive environment—i.e., “fighting over limited natural resources”—fosters evil in society. Rather than demonize ISIS fighters, he wants to fight the societal ills he believes create ripe circumstances for terrorism.

Some may believe socialism’s goal is to enable the lower class to overthrow the upper class, but that isn’t quite accurate. Rather, its goal is typically envisioned as the elimination of class struggle altogether. Like Sanders, most socialists are optimistic that jealousy will subside once the reason for competition has been eliminated—Cain will no longer kill Abel when there is nothing to fight over. Socialism envisions a world where all men are granted the basic right to animal necessities—food, water, shelter, and a decent standard of living. If these needs are met, socialists are hopeful that men will cease striving and finally actualize their intrinsic goodness.

Again, there’s much to praise here—Christians should listen when socialists point out structures in society that rob the poor of their basic needs. God’s righteous justice and mercy demand that we address these systemic failures with concrete solutions. The problem, though, is that socialism assumes the presupposition that society can heal all of its own ills. Mankind is its own and only necessary surgeon. If we would just band together like the men of Babel, we could build our own tower to rise above evil and ascend into the heavens.

Socialism, in other words, often (though not always) denies mankind’s need for a savior. Christianity, meanwhile, teaches that social evils come about because societies are not only corrupt, but also filled with evil citizens. Even if the elimination of private property were possible, society would not eradicate the sin against God pent up in the heart of every individual.

Socialists’ approach to curing humanity’s ills also shapes and is shaped by their vision of humanity itself. In a truly socialist society, freedom from the pursuit of things means freedom for the pursuit of self. Paradoxically, however, despite its tendency to treat men and women collectively, socialism sees the ultimate value of humanity in its potential to be fully individual. As Oscar Wilde writes, “With the abolition of private property…we shall have true, beautiful, healthy Individualism. Nobody will waste his life in accumulating things, and the symbols for things. One will live. To live is the rarest thing in the world…[Socialism] does not try to force people to be good. It knows that people are good when they are let alone.” Once the cages of society are lifted, a person can become the maker of his or her own universe. Debs, too, cries, “Emancipate the slave, throw off his burden; give him a chance and he rises, as if by magic, to the plane of a man. Man has all of these divine attributes. They are in a latent state.” According to socialism, a true human is one who is freed to actualize the god within.

In some sense, Debs is in agreement with the teachings of Christian Scripture: The Bible emphasizes in its very first chapter that man has divine attributes. However, socialists often encourage men to look not to an eternal God as the source of this dignity, but to themselves. Christians, on the other hand, hold that humanity’s problems began when we believed we were good apart from our Creator.

According to Genesis, a human being’s value is stamped upon him or her by our Creator. A man or woman’s creativity, personality, and uniqueness are reflections of God. The truth is that humanity finds its ultimate value when we have been rescued from self-delusion and the belief that we are righteous while remaining in rebellion, cut off from God. Socialism devalues human beings by encouraging them to trust solely in themselves—finite creatures. But it’s only when we lift our eyes to the heavens and worship and serve the Creator that we flourish in pursuit of our eternal purpose: to glorify God and enjoy him forever. This comes about not by claiming an innate goodness, but by admitting our need and turning to God for help.

Ever since humanity was sent out of the Garden, its has longed to return. Socialism is a clear expression of this innate ache for Eden. Wilde, for instance, describes his vision of Utopia as follows: “[Man] may be a great poet, or a great man of science; or a young student at a University, or one who watches sheep upon a moor…It does not matter what he is, as long as he realizes the perfection of the soul that is within him.” Wilde yearned for a society in which each person was free to pursue his or her heart’s desire. Fishermen could fish. Painters could paint. Writers could write. In a socialist Eden set free from competition and poverty, each individual would delight in his or her own selfhood and creativity.

Christianity’s primary critique of socialism is not that it strives for too much, but that it settles for too little.

Read many socialists’ descriptions of Utopia, though, and you will find God is conspicuously absent. As Christians, we must ask the question: Is any perfect society really Eden without God? Can man really exist in perfect harmony if God is not there? What socialists actually envision may instead strike us as a kind of cooperative hell: men living in complete, eternal separation from God.

Chad Ashby spent four years as a DJ for WSAJ, Grove City College Radio before moving on to more grown-up endeavors at Southern Seminary (M.Div.). He now pastors at College Street Baptist Church (Newberry, SC), where he continues to cultivate a schizophrenic taste for folk, hip-hop, jazz, indie rock, funk, and 4th c. hymnody. He and his wife, Mindy, have three boys, and he blogs regularly at After+Math. Follow him on Twitter @chad_ashby. 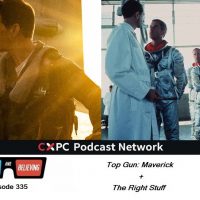