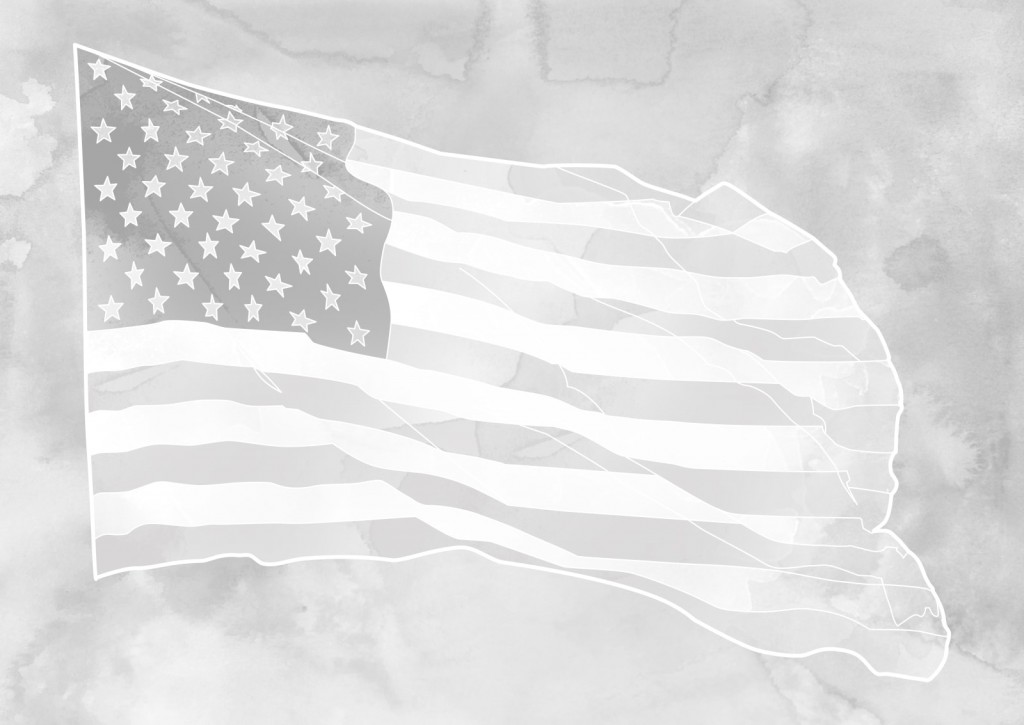 Each morning, millions of kids across the country start their school day by pledging allegiance to the United States of America. They repeat the words “one nation, under God” on a daily basis, searing this part of our national story into their minds. Most Christians believe this line gets something right (setting aside how it has been used as a weapon in the culture wars). It is a humble acknowledgement of our own limitations; that God is over all of our human pursuits, as immense as they might be.

Christians tend to focus on the assumption of God in this statement, but what about the other half? What is this thing that claims to be “under God”? The task of defining what constitutes a nation is more difficult than you’d expect.

We are talking about more than simply the various administrative and bureaucratic institutions that compose the government. This is typically what we mean when we refer to “the state.” But what is imagined when one speaks of America is much more than simply the government. Stories, values, ideas, images, communities, and emotions are conjured by the mention of our nation.

While the story of scripture and the story of America are not always in conflict, they are not the same story.

Despite this ambiguity, the nation is a community that acts as an organizing force in our lives. A part of this is the governing authority of the state. We pay taxes, obey laws, drive on public roads, and so on. Another part of this, though, is more cultural, impacting our behavior both individually and communally. Being American means something. Of course, there will be as many different variations of this definition as there are people in our country, but there is something shared at the heart of it.

Pledging allegiance to “one nation” grafts us into a grand story. It is a community in which people are bound not by face-to-face interaction, or familial or economic relationships, but by an abstract “deep, horizontal comradeship” (in the words of political theorist Benedict Anderson) that expresses itself in cultural narratives. When we say that we are American (or Mexican, or Nigerian, or Korean), we are embedding ourselves into a communal story that is much larger than our individual lives.

The stories we are grafted into are not neutral, but carry deep and powerful meaning. Stories form our desires and our loves. They shape our imagination, which in turn drives our action in the world.

I grew up in East Tennessee attending a good-sized Southern Baptist Church. Some of my fondest and most formational childhood memories are attached to this church. I remember the year of Vacation Bible School that was an Indiana Jones desert adventure type theme and so the organizers dumped, literally, tons of sand in the parking lot to create the scene. I remember Bible Drill and Royal Ambassadors and the Lottie Moon offering. I remember sitting in the pastor’s office with my parents, explaining to them that I wanted to be baptized. I remember the dear family friendships of a community bound to each other in good times and bad.

But my most vivid childhood memory from church is the Sunday evening patriotic service celebrating the Fourth of July. The sanctuary would be full and the singing boisterous. After “My Country Tis of Thee,” “The Battle Hymn of the Republic,” and reflections on faith and country, the choir and instrumental ensemble would play a medley of the songs of the branches of the armed forces. During their particular song, veterans of each branch processed behind a flag from the back, down the aisle, to the front of the sanctuary. With veterans filling the space between the altar and the first pew, we all would stand and sing a stirring rendition of “America the Beautiful” to end the service.

As a kid, I found the service to be one of awe and grandeur. There were flags, music, uniforms, and processions. There was celebration and remembrance. My elementary school self did not understand what was provoking this deep communal emotional experience, nor could I have parsed out the theology that was or was not imbedded in it, but the pageantry of the event seared the experience into my brain. The only other service throughout the year that came close to leaving a similar imprint was the candlelight Christmas Eve service. Not even the joy of Easter morning captivated my imagination like the Fourth of July.

What we choose to celebrate and how we do so will shape the stories that form in our Christian narrative. In celebrations we mark occasions, remember our history, and imagine the future. These celebrations are not neutral, but move us in a certain direction.

When the celebrations of Church and nation occupy the same imaginative space, we run the risk of being formed by the wrong plot line. Though I was formed in my church toward Jesus in my personal journey of faith, my public life and my responsibilities as a citizen were formed more in accordance with the national story. Events like the Fourth of July service at my church reaffirmed this.

The story of the nation is the dominant cultural story that orders our public lives as Americans. If the Church is to live a counter narrative, it will have to be intentional and compelling. Just as celebrations like the Fourth of July, Memorial Day, and Presidents Day shape the imagination of our nation, retelling the American story, so the Church needs celebrations to shape our imagination. We need to retell the stories that order our community, forming us toward the Kingdom of God. In so doing, we become better citizens of both earthly kingdoms and the Kingdom to come.