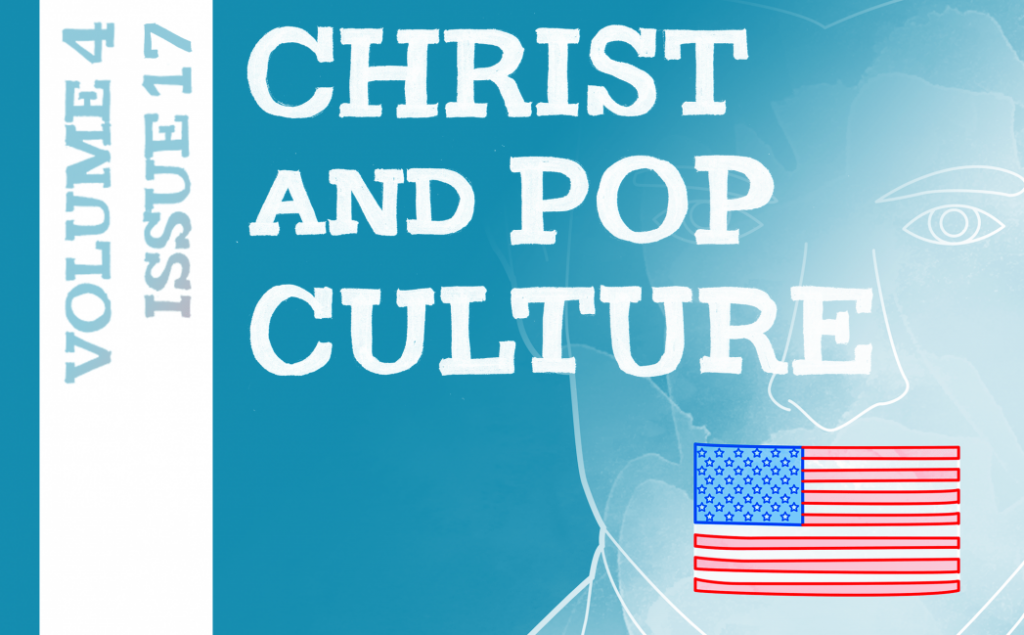 Letter from the Editor: Surviving Politics as Usual

Election 2016 is upon us. In less than two weeks, a new president will be elected to our lead our nation. Most people are simply looking forward to a break from the political squabbling.

A fresh take on political discourse is one of the seeds we must sow.

To assist you in surviving these final days of the 2016 election, we’ve prepared a special issue of Christ and Pop Culture Magazine. In addition to three features that highlight various aspects of our political stewardship, we’ve also curated support articles previously published at our site.

Slated first is Randall Fowler’s feature, “The Bad Neighbor: Presidential Discourse and Christian Witness in the Age of Trump,” in which he compares FDR’s Good Neighbor rhetoric to that in the 2016 election. Both Trump and Clinton propose mandates opposite of FDR’s, and whichever candidate wins the election, these mantras lead our nation away from gospel tenets:

“Regardless of this election’s outcome, Christians in the United States will be confronted by a political culture and presidential rhetoric that cultivate a relation to others that is inimical to the gospel. In such an environment, seeking the welfare of our neighbors—the particular flesh and blood portion of humanity given to us—will be as powerful a statement of Christian witness as any other method of engaging the world.”

Next, Luke T. Harrington dissects the culture wars of the 1990s in “When Jerry Hugged Larry: Throwing Down Our Weapons in a War of Unpopular Ideas.” Harrington walks us through the monumental legal battle between Larry Flynt and Jerry Falwell, thereby arguing that many of our freedoms—specifically here, freedom of speech—are best protected when those freedoms are applied to all:

”Fundamental to Flynt’s case—in the Falwell incident and elsewhere—is the pretty-hard-to-deny reality that ‘freedom of speech’ is no freedom at all if it only protects popular speech. Even the most oppressive regimes in the world will allow you to say as much uncontroversial stuff as you want. It’s unlikely Falwell realized it at the time, but the ruling in favor of Flynt might have been the best thing for him: his fire-and-brimstone preaching may have been the flavor-of-the-month in the conservative ’80s, but the second public opinion turned against it, the door would have been wide open to anyone looking to silence his tireless proclaiming of the gospel—particularly as he was in the habit of calling out by name individuals whose conduct he disapproved of (such as, for instance, Flynt, who once wrote of Falwell, ‘He called me every terrible name he could think of—names as bad, in my opinion, as any language used in my magazine’).”

Since the 1990s, the culture wars have continued to fuel our national rhetoric. Rising to the surface is the sense that we are truly in a battle, one that rages politically, socially, and spiritually. In Andrew Whitworth’s feature, “Changing the Metaphors of Politics,” this brawl-based thinking has drawn many a line in society’s sands. Whitworth proposes a new way to frame our desire to see God’s Kingdom come:

“Artist Makoto Fujimura has addressed similar fractures in culture more broadly by trying to change the guiding metaphor as well. He wants people to see culture ‘not as a territory to be won, but a garden to be tended.’ Culture is a thing to be cultivated, not conquered. Too often, ‘winning’ comes at the steep price of long-term health and generation.

“If we are tending our culture through our political leanings, our end goal shifts from an ambiguous task of ‘winning’ to one of cultivation. Our political opponents become fellow gardeners to work with rather than enemies to be defeated. Our ends will no longer justify the means because we recognize the two cannot be untangled—we reap what we sow.”

By replacing our win-at-all-costs mentality with the law of love, Christians have the chance to sow seeds that will produce the harvest we all long to enjoy in our society. A fresh take on political discourse is one of the seeds we must sow, and we trust these features and support articles will infuse us all with a greater vision for cultivating love in both word and deed.

The Bad Neighbor: Presidential Discourse and Christian Witness in the Age of Trump

Unlike the Good Neighbor mandate from FDR, Trump’s political discourse on America is motivated by insecurity.

When Jerry Hugged Larry: Throwing Down Our Weapons in a War of Unpopular Ideas

Censorship is great—as long as you’re the one holding the Sharpie in the culture war.

Changing the Metaphors of Politics

Culture is a thing to be cultivated, not conquered. Let’s change our political metaphors.

“Here’s to Christians being at the forefront of the welcome wagon and taking our cue from Scripture rather than political climates.”

Defending the Personhood of Politicians

The first step in overcoming the exhaustion of politics is to subvert the game and refuse any kind of engagement with propaganda that reduces a person to a pawn.

City of God and the Ends of American Politics

From Augustine’s critique of Roman culture in City of God, we can come to see that neither of our political parties are the guardians of biblical morality.

Nick Rynerson takes a look at the history and value of Christian political disengagement.

Cool Takes: Can Leslie Knope Save Our Politics?

Watching Politics From the Pew: Who Cares if He Is Mormon?

“I do not expect everyone to agree. But I do expect, once in a while, to see substantive debates that flow from common agreement about the core goals we all have.”

Many feel that because his background is in business, Trump doesn’t fit in with his esteemed peers, but I disagree; Donald Trump has more than earned his spot in the WWE Hall of Fame.

Erin Straza (managing editor, magazine editor, and Persuasion podcast host) is a freelance writer and marketing communications consultant. Her first book is titled Comfort Detox: Finding Freedom from Habits That Bind You (InterVarsity Press, 2017); she writes from the Illinois flatlands where she lives with her husband, Mike.
WWWTwitter
Log In Subscribe Now For Members Only