Resolved Not To Have A New Years Resolution

From Tom to Tom

Why Vote When You Can Laugh? The Daily Show and Complacency

That time is again upon us when car, make-up, and insurance commercials are momentarily sidelined to make way for content-less, image-shaping, political advertisements; when millions of bumpers across this great land will be drafted in an attempt to create the illusion that a candidate has wide-spread support.

He is the all-seeing, all-knowing, omnipresent being, who rewards the good and punishes the bad. He is mysterious and beyond our comprehension. He is both transcendent and immanent, and we feel His presence in special ways around this time of year. Wait…I’ve lost myself in my own introduction. Are we talking about God or Santa? 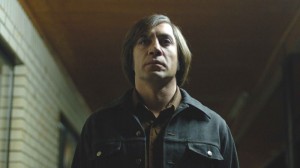 The Coen brother’s latest film, No Country for Old Men, has been released to almost unanimous praise by film critics, making it a strong contender for film of the year. The film is an adaptation of a novel by Cormac McCarthy, an author known for his unremitting violence, esoteric dialogue, and dense descriptions — preoccupations shared by the Coen brothers in many of their previous films.

Getting Our Bearings: A Review of "The Golden Compass"

“When Polar Bears Attack” is not the name of a new Fox Television reality show, rather it is the only remotely interesting part in an otherwise confused, tiresome, and overly-hyped film. The Golden Compass directed by Chris Weitz, was billed as another Lord of the Rings type fantasy epic film, it falls far short, however.