As the calendar winds down and eases from one year to the next, many of us turn nostalgic. We wonder where the time went and reflect over the ways we spent the past 365 days. Maybe it’s a matter of clicking through the photos we snapped or reviewing our goals or taking note of what we’ve read or listened to or watched or laughed at. Remembering is a way of marking time and seeing how various ideas and experiences have made us who we are now.

Here in 2019, we have an additional opportunity to review and reminiscence, because it’s the end of a decade. The Christ and Pop Culture team is highlighting some of their personal favorite pop culture artifacts of the past 10 years in a week-long series called Faves of the Decade. We hope you enjoy the entries they share! 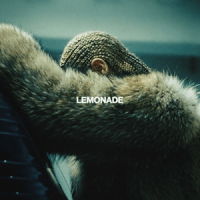 From her electric performance at the 2013 Super Bowl that literally caused an electrical power outage and her industry revolutionizing self-titled album to her history making headlining performance at Coachella in 2018, Beyonce dominated the 2010s. She has been a superstar entertainer for twenty plus years, but it was 2016’s Lemonade that cemented her as creative visionary.

One of the things that makes Lemonade a work of genius is that at first glance seems to be the personal story of some of the more tabloid worthy elements of Beyonce and Jay Z’s marriage, but that is only part of the story, the larger story is one of righteous anger, hurt, healing, forgiveness, and love. It is a universal story familiar to many African American women, whether the source of the hurt is a parent, a spouse, or the ways in which America daily denies their humanity and dignity. Lemonade is deeply personal, while also managing to tell a universal story.

The album named Lemonade as an homage to Beyonce’s grandmother and a speech by Jay Z’s grandmother gives at her 90th birthday party where she recounted finding her inner strength despite her ups and downs in life, “I was served lemons, but I made lemonade.” Lemonade is a stunning work of art, but the message that hurt and despair do not have the final word, make it an enduring and era defining work of art.

Lemonade reminds us that while “the most disrespected person in America is the black woman,” she is not without hope for love and healing. Beyonce’s Lemonade is a love letter to black women to the ways in which God loves, sees, and made us unique, even if the world does not see it. Black is beautiful, not because Beyonce says so, but because God does. 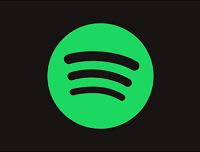 I was watching an interview with two celebrity worship artists back in the 2000s. I remember one of the men said something like, “Someday soon, music will be as available as tap water.” As easily as you turn on a faucet, he said, we’d be able to listen to our favorite songs. The prediction excited me, not for being outlandish, but because it felt inevitable. Apple had already transformed the music industry through iTunes and iPods. Laptops, smartphones, and social media were fashionable. Sexy, even.

Then, in 2011, Spotify made its splash in the United States. By paying a small subscription fee or listening to a few ads, Spotify let us listen to whatever music we wanted on demand. No discs or storage space required. The streaming service’s library contained nearly every artist and album conceivable at a click of a button or swipe of the screen.

A turn of the faucet.

Since then, nearly every major tech company—Apple, Google, and Amazon—adopted the Spotify streaming model. The result is a music industry upended all over again by plummeting album sales replaced by pennies paid per stream. There’s even a strong case that songs recorded today average twenty seconds shorter than they did earlier in the decade, a byproduct of a model that pays out more money for tracks streamed in their entirety versus those that are stopped before they’ve finished.

Here we are now, at the turn of the decade, and smart speakers are cheaper and more ubiquitous than ever. A simple voice command of “Alexa” or “Hey Google” grants us godlike superpowers, summoning any song we want without lifting a finger. Depending on your perspective, we have the legacy of Spotify to either thank or blame for that. Not even tap water is that easy. 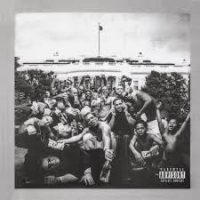 To Pimp a Butterfly by Kendrick Lemar (2015)

Brilliance and opulence continues to fill the headspace of intellectuals who meditate on the concepts of Kendrick Lamar’s 2015 album To Pimp a Butterfly. The necessity of such an album in the 2010s is overshadowed by the brilliance of its contents, though. The question of the time–a moment where many African Americans finally felt their American citizenship was dignified (accompanied by President Obama’s occupation of the White House)–was now that we have respect, power, and dignity, what do we do with it? How should we handle this moment? Like most great works of art, TPAB addresses the whole of Black life in America at the time by focusing on the singularity of Lamar’s life. Using each song as an explication of a poem he reads at the end or beginning of most of the songs, he details the highs of success and the woes of mismanaging it. From being pimped out by America for taxes, to gangbangin’ and senseless killing, to depression and crying out to God for help and answers, TPAB tells the story of every American struggling with purpose. Our environment and institutions can either consume (pimp) us and ultimately destroy our potential for loving God and serving others, or cocoon us into what God will eventually make us in the end–beautiful butterflies made for His glory. 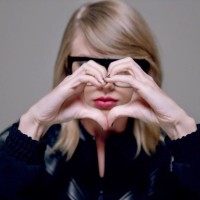 This decade wasn’t the first time that we’d heard Taylor Swift’s name, but it certainly encompassed the years that she transformed from teenage country prodigy to international popstar. Between 2010 and 2019, she released five studio albums (Speak Now, Red, 1989, Reputation, and Lover) that all reached at least platinum status. Three times in this decade she made the Time 100 Most Influential list, as well (2010, 2015, 2019). Swift has seemed to avoid at least some of the controversy that comes with stardom, but not all. She’s been in an ongoing feud with Kanye West since he interupted her VMA speech in 2009, sued radio DJ David Mueller for sexual assault in 2016, and recently has entered a controversey when Big Machine Records (who owns all of her albums except Lover) was sold to Scooter Braun, who has publicly ridiculed Swift in the past and currently manages Kayne West. Perhaps, though, Swift’s greatest battle—and victory—was her own evolution as a public figure. In her early years, she was sometimes criticized for not speaking out on social and political issues like many of her peers, and as she explains herself, her country music roots didn’t lend her to more progressive positions. But with time, and experiences like her sexual assault, the 2016 election, and seeing the rights of her LGBTQ friends be eroded, Swift was mobilized. In 2019, she gained attention for her song, “You Need to Calm Down,” which raised money for GLAAD and criticized anti-LGBTQ protesters. Some were excited she’d finally taken a political position, and in what likely felt like a catch-22 for Swift, others questioned her authenticity, the amount of time it took her to make a public statement, and some of the comparisons made in the song. Certainly, Taylor Swift is still learning how to manage the privilege that comes from being white and wealthy in America—something she’s acknowledged. Nonetheless, as someone who grew through their twenties with her, I feel a particular kindred spirit. Our views and beliefs inevitably evolve as we leave the oversight of our families and enter not only into the freedom, but the hardships, that greater autonomy provides. Our experiences change us—our priorities, our political parties— and hopefully we are carved into more empathetic, more humble, more creative humans. We ought to give ourselves and others, be they popstars or parents, grace to grow and change, without constant shoutings of “not enough!” I don’t think Taylor’s got it all figured out, but for someone who just celebrated their 30th birthday, I do think she’s navigated the last 10 years of shouting pretty well.