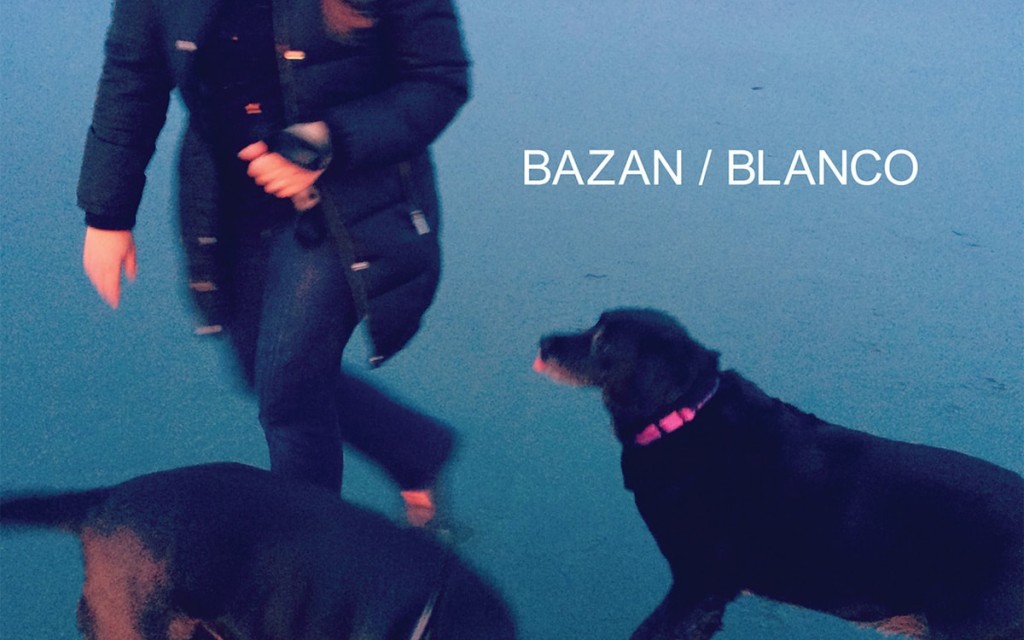 Smack dab in the middle of a political spectacle begging for intelligent, artistic critique, David Bazan has dropped Blanco, ten lush synth-driven songs culled from his “Bazan Monthly” series. But rather than skewer politicians and generals or sing fierce songs of social and political criticism — as he’s done on earlier songs like “Backwoods Nation,” “Wolves,” and “Simple Economics,” not to mention the entire Control record — Bazan all but ignores the news headlines, opting instead to spill his guts about love, sex, self-destruction, fatherhood, mortality, family, and hope.

Longtime David Bazan fans looking for big guitar sounds will have to revisit his back catalogue because Blanco is almost entirely keyboard-based. Bazan uses his banks of synths masterfully, building sparkling, haunting sounds à la Purity Ring, Active Child, or Jessy Lanza. More familiar are Bazan’s voice, stronger and richer than ever, and his gift for lyrics.

Bazan all but ignores the news headlines, opting instead to spill his guts about love, sex, self-destruction, fatherhood, mortality, family, and hope.

The opening sounds of “Both Hands” remind me of U2’s “Zoo Station,” but rather than a trashcan drumbeat, it sounds like Bazan has to crank the synth engine a few times before the motor catches. “If I’m not losing sleep/I’m probably over it,” he sings, weaving his warm baritone through a drum machine and keyboards that sound like a Depeche Mode 45 spinning at 33 1/3, purring through worn out speakers. Exactly what he professes to be over is unclear, but there’s still nine songs to go and plenty of dark ground to cover.

“Oblivion” is an unsettling snapshot of mid-life anxiety, with the spectre of self-destruction hovering, whispering, haunting. Despite possessing the usual marks of being a grownup — marriage, parenthood, a substantial body of work, a thriving career — oblivion of one kind or another still tempts him. Over a programmed beat and a chorus of chilly synthesizer angels, Bazan admits to being dogged by bleak thoughts and feeling bad about feeling so bad:

“Kept Secrets” is one of the only tracks with acoustic guitar, where Bazan tries to stave off dread brought on by the passage of time and the weight of simply being alive. “Every liar knows he’ll die alone,” he sings. “Still you hide your hope and hedge your bets/Until the snow is white with ocean fog.”

Even when the picture isn’t quite so bleak, nobody’s going to invite David Bazan to join the glee club. “With You” is a love song thick with Bazan’s pessimistic realism and melancholy. Over a danceable, pulsing electronic rhythm, Bazan lists off a string of disqualifications as a life partner: “Self-loathing/Paranoia/Jet lag/Alcohol/Bad dream/Long-distance calls/Babe, I don’t feel well at all.” But surprise! He stays, and so does she: “When the lights come on, I’m really under the covers/And I’m with you.” I wouldn’t recommend copying it into a Valentine’s Day card, but Bazan’s mucky portrait of long-haul love rings truer than anything you’ll hear on the radio.

“Over Again” is a more disturbing snapshot of domestic life, chilly and cryptic, with synth sounds once again slurring along at half-speed. “In the middle of everything/You whisper something to me/That I can’t repeat.” What exactly did she whisper to him? He’s piqued my curiosity, but it’s probably better if he keeps this secret to himself.

“Trouble With Boys” stands out for its tenderness, a gentle lullaby with arpeggiated keys and words of fatherly affection for someone who blames herself when the boys treat her badly: “You are worthy of love,” he sings. “You are worthy of love.” And as for God, “Little Landslides” and “Someone Else’s Bet” are the only tracks where Bazan specifically mentions anything about religion, opting to re-affirm his unbelief — “I will not lay in bed/With a wheel turning in my head/Trying to figure out the spread/On someone else’s bet” — while staying open to conversations about God. Despite no longer identifying as a Christian, Bazan’s sincere unbelief, much like sincere belief, is more of a continuous renegotiation rather than a once-and-for-all decision.

After mining the depths of his soul, Bazan closes Blanco with “Little Motor,” a defiant, hopeful affirmation of life: “Every day you wake up alive/Little motor behind your eyes.” Whatever darkness he finds within himself, there’s reason for hope in the simple fact of life, even if that’s also the thing that seems heaviest to bear.

On Blanco, there’s barely a mention of the world beyond the front door of the family home; most of the drama takes place inside David Bazan’s own head and heart. I found a helpful exegetical key to Blanco in a quote from Alexander Solzhenitsyn’s The Gulag Archipelago: “The line between good and evil runs through the heart of every human being.” Blanco is Bazan’s most personal collection of songs, even more personal than the landmark Curse Your Branches. Rather than aiming at the easy, obvious targets hogging the headlines and newsfeeds, Blanco is instead like an alcoholic’s “searching and fearless moral self-inventory” — unblinking, unflinching introspection poured into ten songs.

“A good book… leaves you wanting to reread the book,” says the novelist Richard Flanagan. “A great book compels you to reread your own soul.” If the same could be said of records, then Blanco is a great record.

Kurt Armstrong is a builder and a lay minister at Saint Margaret's Anglican. He's the author of Why Love Will Always Be A Poor Investment (Wipf&Stock), and has written for Image, Paste, and Geez among others. He and his wife live in Winnipeg, Manitoba, Canada with their three kids.