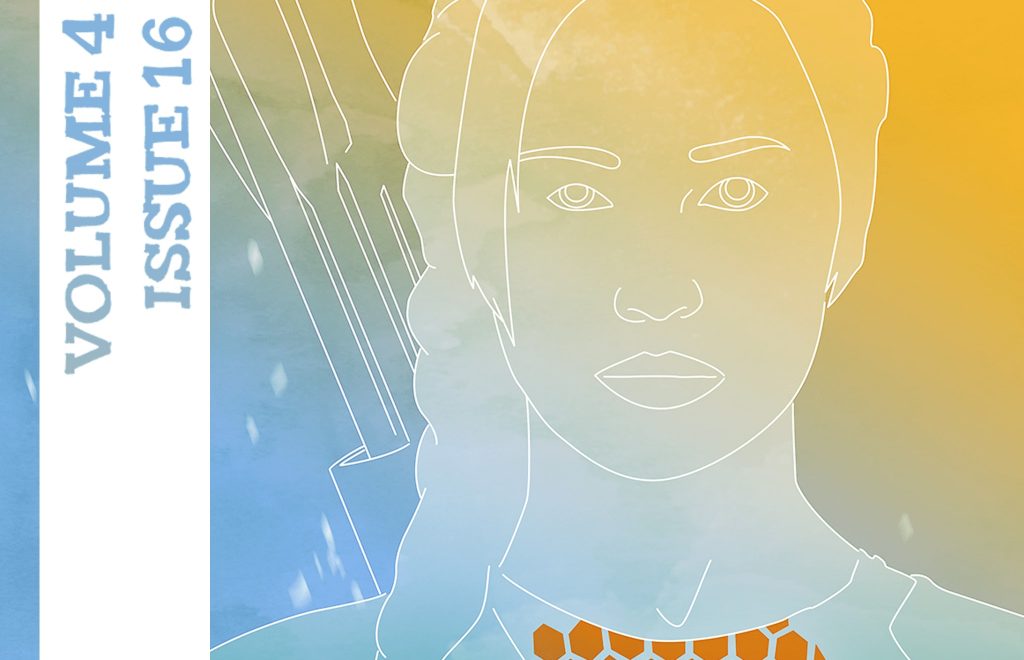 Letter from the Editor: Why Dystopian Stories?

Earlier this week, I saw a post on social media that sums up how many of us are feeling about 2016:

Americans: At least 2016 couldn’t get any weirder.

God: Send in the clowns.

Yes, this year is one for the books. But the scary clown sightings and the even scarier presidential election don’t even skim the surface of the year’s unexpected difficulties. Personal, local, national, and worldwide sorrows and frustrations echo the same refrain: All is not well in this world. It casts a heavy gray shadow under which we attempt to carry on.

It’s no wonder dystopian novels have found a broad audience in this day. Most touch on oppressive regimes, unequal distribution of power, the silencing of truth. We know these themes firsthand. And when we read of the unlikely heroes that expose falsehood and topple the old ways in order to usher in the new, we rejoice. We want to experience this firsthand too.

Stories are a powerful therapy for the human heart struggling with the heaviness of the world.

The hope we seek in dystopian storylines isn’t perfect, however. We can be disillusioned by them just as we can be by utopian yearnings. Both of these give us only part truths. In this issue of Christ and Pop Culture Magazine, the features and support articles look at the allure of dystopian stories and how these uniquely provide something our hearts are seeking.

Part of what we love about these stories is that we can see ourselves in them. The storylines echo our own struggles and difficulties, and we long to see how the protagonist handles it all. Ashley Anthony discusses this in “Dystopian Protagonists and the Pursuit of Greatness”:

“When I read these stories, I want to be the one who initiates and fights for revolution. I want to be necessary, and I want to be so individually exceptional that I can’t help but effect change—in a way that only I can—for a stale society in need of new life. As Dashner mentioned in his interview, I want to know what I would do in these situations; would the focus of the story be on me and would I be the hero? Or would I be lost in some crowd, remaining nameless and faceless throughout the novel, despite my work for the good or bad of society?

“All this focus on personal greatness has its drawbacks. It’s not that desiring to change the world is a bad thing. It’s that in real life, desiring to be the answer—the most effective avenue for change—will leave one tired and disappointed.”

In a way, dystopian novels appeal to us because we want to be the hero. It works because our world truly is in need of rescue. And we all know it, which is why the film industry is so successful: It creates stories that detail the hero conquering evil. Aeron Lloyd details how it works in “Blockbuster Revelations: Disaster, Apocalypse, and Other Ways Film Tries to Fix Our World”:

“Unlike traditional stories of dystopia, disaster films and apocalyptic films do not need to build a fictional society. They simply destroy the one we have, feeling for pre-existing cracks and tearing them open. It’s a very Old Testament style of cleansing, tearing down society in order to rebuild it anew, and the collateral damage takes its toll.

“Terror in film may threaten our view that the world is safe, but it reassures us of conventional outcomes, providing audiences with the chance to realize, experience, and work through their greatest fears.6 However, while the Christian carries this expectation into their daily life—knowing that God will be with them in the valley of the shadow of death just as he was with David—for the film goer, this experience is a fleeting one.”

Stories are a powerful therapy for the human heart struggling with the heaviness of the world. Dystopian storylines are especially helpful because they allow us to face the worst that our imaginations can conjure. In these make-believe worlds we can make sense of our real realities. This is exactly why author K. B. Hoyle writes as she does. In her feature, “A Dialogue with Death,” Hoyle explains:

“As much as it relies on me—as a fallible, frail human with a limited understanding of God’s creation and my place in it—I must utilize whatever faculties of imagination and creative craft God has given me to call out warning about the dangers of particular practices and worldviews. Everywhere I see mankind striving for perfection, and sometimes, as I warn in my books, it’s a perfection that comes at a terrible price. Dystopian stories must be told because when humanity tries to create Eden, Death follows.

“As image bearers of God, this longing to reclaim Edenic perfection is stamped on all our hearts, and we will never stop reaching for it, clawing for it, attempting to achieve it by any and all means, and, ultimately—outside of Christ—failing. This is why dystopian literature exists.”

In addition to this helpful analysis, Hoyle also provides an excerpt from Breeder, the first installment of her dystopian novel series.

Dystopian stories give us half the story, half of what’s true for us in this broken world. What they offer is a sobering view of the world that assures us the aches we feel aren’t entirely unfounded, that the injustices we observe aren’t untrue. And they remind us the hero we long for the rescue we need isn’t far off after all.

Dystopian Protagonists and the Pursuit of Greatness

All this focus on personal greatness has its drawbacks.

Blockbuster Revelations: Disaster, Apocalypse, and Other Ways Film Tries to Fix Our World

What need within us is served by watching our society crumble beneath our protagonists’ feet, if not one that is cruel, even sadistic, in nature?

A Dialogue with Death

Dystopian stories must be told because when humanity tries to create Eden, Death follows.

As It Is in Heaven is about more than a doomsday cult. It’s a story about humanity’s longing for hope, acceptance, and community.

‘The Hunger Games: Mockingjay Part 2’ and Choosing to See Our Present Dystopia

Don’t forget what ‘The Hunger Games’ is really about.

The Kiddy Pool: Feeling and Memory in The Giver

“The beauty of the book is that we, like the characters, grapple with the hazy divide between utopia and dystopia.”

Erin Straza (managing editor, magazine editor, and Persuasion podcast host) is a freelance writer and marketing communications consultant. Her first book is titled Comfort Detox: Finding Freedom from Habits That Bind You (InterVarsity Press, 2017); she writes from the Illinois flatlands where she lives with her husband, Mike.
WWWTwitter
Log In Subscribe Now For Members Only