For each day of Twelvetide, Christ and Pop Culture writers will point to some of the cultural goodness that gives hope in the midst of life’s messyness. It’s our version of the “Twelve Days of Christmas” song, filled with things our writers have found to be life-giving. Some entries are 2018 artifacts, some are from years past. All of them point us to hope.

According to Entrepreneur Magazine, one in four Americans listens to at least one podcast a month. Whether for news, politics, sports, inspiration, information, or pure entertainment, Americans are increasingly tuning in. While some may find this commitment to truly listen limited to distant voices and stories, sometimes the distance may actually help us hear our neighbors. On the sixth day of Christmas, here are six podcasts that may make it easier for us to hear the stories of those often overlooked in our own community. 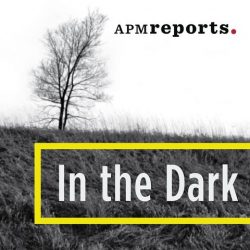 In the second season of this podcast presented by APM Reports, Madeleine Baran leads a team of reporters to Winona, Mississippi, to investigate the case of Curtis Flowers. Flowers, a black man, has been prosecuted by the white District Attorney Doug Evans six times for the same crime–the murder of four white employees of a prominent furniture store. Baran and her team thoroughly and thoughtfully re-examine the case and find some compelling information that much of the evidence used to convict Curtis Flowers is flimsy, false, and in some cases likely manufactured by an over eager investigator. Yet, despite these things Flowers currently sits on death row, even though prosecutor Doug Evans has had three of the convictions overturned to due to instances of prosecutorial misconduct. Baran shines a light on the individual case of Curtis Flowers, but also on the ways in which race, income, and power create unjust outcomes throughout the criminal justice system. It is hard to listen to In the Dark and not be outraged for Curtis and his family, but it’s also encouraging to hear the Flower family’s faith in God to set to their beloved son free. In the Dark invites listeners into Curtis’s story, but it also invites us to hear the stories of unjust imprisonment within our own communities. 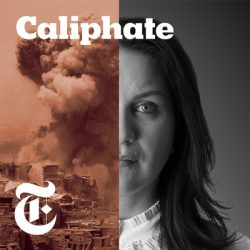 NY Times reporters Rukmini Callimachi and Andy Mills travel from Canada to Iraq to understand why someone joins ISIS, what is at stake in the fight, and the harm it causes to communities both at home and abroad. But in Callimachi’s story there are no easy answers, even the bad guys have loving families who are bewildered by their sons’ choices. Callimachi gets some riveting and unbelievable interviews with former ISIS fighters, their families, and the Yazidi girls taken as sex slaves, all to provide a deeper picture of the men and the consequences reaped by their participation in ISIS. Listening to Callimachi’s reporting raises more questions about the role of Islamophobia, extremism, foreign policy decisions, and the universal human desire for easy answers in contributing to the rise and ongoing threat of ISIS. Caliphate encourages listeners to see that sin often begins in small ways with small choices, but its effects often reverberate in ways we may not expect. 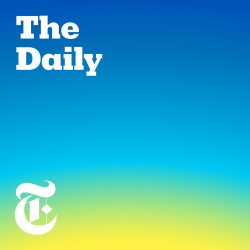 In interviews with asylum seekers fleeing domestic violence, a former FBI official in charge of investigating right wing extremism, or an Amazon warehouse employee, NY Times reporter Michael Barbaro takes the listener beyond the headlines into the stories that matter for neighborhoods across the country. The Daily reminds readers of the importance of seeking truth and understanding beyond the surface level into deeper conversation. Even the most educated among us have things we can learn, and no matter our level of experience we see through a mirror dimly. The Daily asks us to seek wisdom while making space for the complicated human stories of our neighbors. 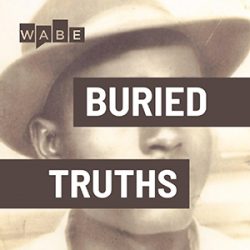 Through interviews with living survivors and their descendants, Emory University Professor Hank Klibanoff highlights the threats, scare tactics, and physical violence faced by obscure heroes like Dover and Bessie Carter, Primus King, John Harris, and Isaiah Nixon as they courageously battled for civil and voting rights in rural Georgia in the 1940s and 50s. Most of those featured in the podcasts are devout Christians whose faith motivated their efforts to defy white supremacy. Isaiah Nixon–a farmer, father of six, and husband–would pay for his convictions with his life, and white supremacy allowed his killers to evade justice. The podcast is a series of stories that paint a vivid picture of the “small” battles between black families for full citizenship  and white supremacists’ efforts to preserve established ways of Southern life. Buried Truths highlights the importance of small acts of bravery in seeking truth and justice. Most of us long for platforms and fame, but it is often the quiet work of men and women like Dover and Bessie Carter, Primus King, John Harris, and Isaiah Nixon who refuse to call evil good that transforms communities. 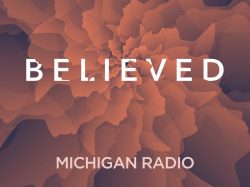 Believed is a podcast about Larry Nassar, eventual imprisonment, and the women who survived his abuse, but it also turns a harsh eye on the institutions and individuals that enabled him to prey on the innocence of hundreds of young girls. Believed is about who gets the benefit of the doubt when a respected member of the community is accused of something horrific and criminal. Reporters Lindsay Smith and Kate Wells detail both the small and appallingly huge ways the system failed to protect young women and girls from a predator and how they finally came to be believed. Believed is hard story to hear. I cried a little during each episode, but I willed myself to finish because stories like these are important. It is important to hear the anger in Kyle Stephens’ voice when she talks about how Larry Nassar ruined her family, it’s important to hear Kaylee Lorincz and Amanda Thomashow’s voices catch when they talk about being turned away from places where they should have found protection, and it’s important to hear Rachael Denhollander talk about God’s justice for victims. Believed is not so much a podcast as a sermon, a cautionary tale as churches continue to grapple with #MeToo and #ChurchToo movements. It invites us to examine our own complicity in systems and structures where abuse is allowed to thrive, where the weak and marginalized are trampled in the stampede to protect titles, reputations, and empires of the prestigious and powerful. 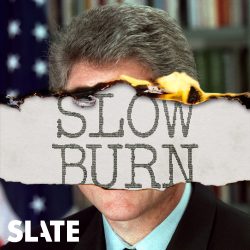 Season 2 of Slow Burn re-examines the impeachment of former President Bill Clinton, his affair with Monica Lewinsky, and the accusations he abused Paula Jones and Jennifer Flowers. At the time, most people had firm opinions about the women (liars and whores or brave women), about the importance of character in our leaders (character matters or the personal lives of leaders are private), and the partisan nature of our politics (Republicans had it out for President Clinton or President Clinton was the most duplicitous president in our nation’s history). But no matter what your thoughts were at the time Slow Burn pushes at all our firmly held beliefs about who exactly were the victims in the Clinton scandal. Slow Burn gives permission for us to change our minds about people, to take in new information, and to reconsider our previously held positions in the name of righting wrongs. We do not have to be who we once were; we can admit where we were wrong or lied to or operated with incomplete information and choose something different for the future. We are not doomed to repeat the mistakes of the past unless it is we who doom ourselves.

In today’s cacophony of opinions and the rush to judgments, listening is profoundly countercultural, we prefer to be heard rather than to give another a hearing. But Scripture is replete with admonishments to listen and pay careful attention not just to the Holy Spirit, but to others. Proverbs 1:5 says, let the wise listen and add to their learning. Podcasts invite us to listen to our stories and stories that are not our own. Listening is a gift to both ourselves and others, it can disarm adversaries, empower the overlooked, increase our understanding, and fuel our fight for justice. If we are to answer the call to serve God faithfully, we must begin by listening.

Kathryn Freeman is the director of public policy of the Texas Baptist Christian Life Commission. She’s interested in helping Christians faithfully steward their public witness when it comes to policy, advocacy, and the pursuit of the common good. She loves a good book, a good cup of coffee, and singing along to Beyoncé. She lives in Austin, Texas, the promised land for breakfast taco and queso lovers.