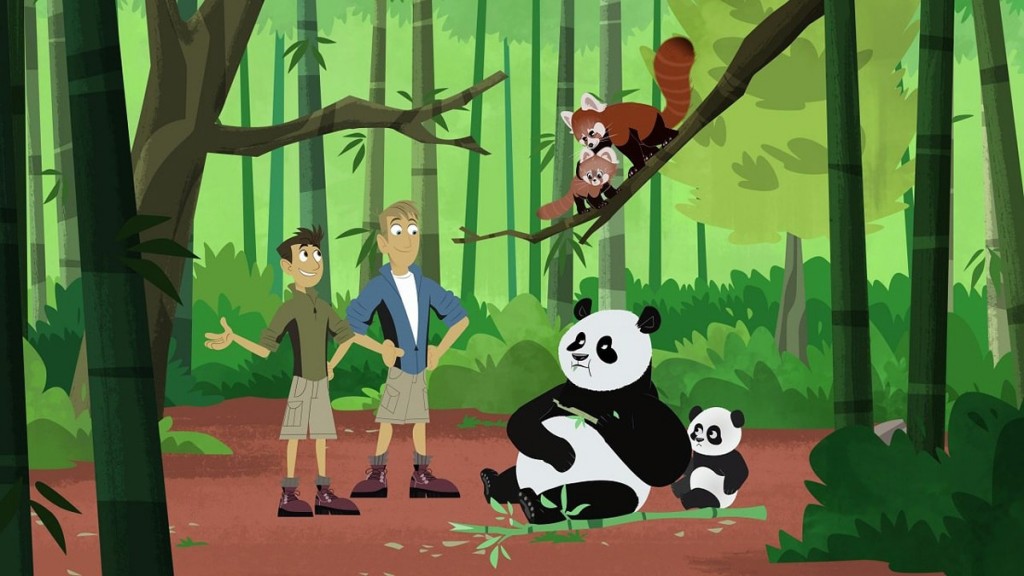 “What would the world be, once bereft
Of wet and of wildness? Let them be left,
O let them be left, wildness and wet;
Long live the weeds and the wilderness yet.”

If (like me) you have children who love PBS Kids, you’re probably familiar with their afternoon offering Wild Kratts. The series is centered on real-life brothers Chris and Martin Kratt, conservationists and media personalities who have a long list of nature-themed shows to their credit, including Kratts’ Creatures, Zoboomafoo, and Be the Creature. Like these previous offerings, Wild Kratts seeks to synthesize education about the animal world with child-appropriate humor and action in a way that respects the creatures it portrays. In so doing, the Kratts successfully exemplify an approach to the natural world that is thoroughly compatible with a Christian approach to creation care, emphasizing the intrinsic goodness of the world God has made.

As tends to be the case for such PBS television fare, each Wild Kratts episode is self-contained and usually follows a specific formula. The brothers focus on a specific animal or group of animals, and especially a particular adaptation (i.e., “creature power”) that enables the animals to survive in the wild. The bulk of the episode is in cartoon format, as Chris and Martin work with their team — Aviva, Koki, and Jimmy Z — to discover the key to the creature power and program it into their Creature Power Suits, which endow the Kratts with those same abilities. In many cases, the team find themselves defending the animals from one of the show’s array of villains, who seek to displace or exploit the creatures. All episodes are bracketed by live-action sequences with the actual Kratt brothers where they’re shown interacting with live specimens of the episode’s featured animals, which demonstrate their designated creature powers in action.

The Kratts successfully exemplify an approach to the natural world that is thoroughly compatible with a Christian approach to creation care.

What has presumably made the Kratts such mainstays on educational channels over the past two decades is their unrelenting enthusiasm and verve in exploring and presenting their subject matter. Simply put, the Kratts love creatures. In Wild Kratts, this sets them apart from the villains they encounter, all of whom find animal life at best irrelevant or at worst useful. Zach Varmitech, their most common nemesis, often seeks to control or manipulate animals with his advanced technology. His fear of wildlife is in direct contrast to the Kratts’ natural exuberance. Fashion mogul Donita Donata spends most episodes attempting to capture creatures for use as clothing or accessories. Gourmand is an erstwhile chef who specializes in cooking and serving endangered animals. In every case, the bad guys represent interlopers who encroach on the habitats of fauna that otherwise exists quite well on its own.

It’s worth asking, though, whether the Kratts’ approach in the show is really so superior to the villains. Their signature phrase is “Activate creature power” because all the episodes (some without any villains) center on their attempts to harness the trademark adaptations — the “creature powers” — of the animals depicted. Superficially, this tendency appears a bit exploitive. For all their jocularity, are Chris and Martin Kratt ultimately as utilitarian in their approach to nature as the industrialists, fashionistas, and cooks with whom they come into conflict?

In the end, however, key distinctions separate the Kratts and their allies from the series’ antagonists. Though Chris and Martin do chase after creature powers, their pursuit of these abilities is never at the expense of the creatures themselves. Indeed, quite the contrary: in most episodes, they simply use their newfound powers for the sake of protecting the animals they encounter from the villains who are attempting to abuse them. When episodes conclude, the ecosystems that have served as their settings are restored as completely as possible. The brothers don’t retain any given creature power from episode to episode because they aren’t motivated by any instrumental ends. Rather, their characters simply wish to experience life from the animal’s point-of-view; the creature suits represent a form of extreme pro-wildlife empathy. The Kratts do anthropomorphize their subjects at times, often giving the animals little nicknames. But their tactic is presumably driven by a desire to see children — the show’s primary audience — desire, as they do, to empathize with the creatures.

Some scholars have blamed Christians for the world’s current environmental distress, including the endangering of species due to direct killing or radical alteration of ecosystems. The most famous of these is probably “The Historical Roots of Our Ecological Crisis,” a 1967 essay by Lynn White, Jr. And indeed it would be hard to deny that some in the Church are guilty, as White has charged, of using Genesis 1:28’s “Cultural Mandate” as justification for exploiting the planet’s natural resources. Whatever one’s position on the environment or evolutionary theory, the Christian faith maintains that humans are special and distinct from other members of the animal kingdom.

Are we Christians, then, perceiving animals primarily as objects of scorn or consumption, like Wild Kratts’ hyperbolized villains do? We don’t have to, for there is ample biblical support for a more robust approach to human interaction with the natural world. Scripture is largely anthropocentric, being a series of documents designed to communicate divine truths to a human audience. Even so, it offers glimpses of God’s interest in a cosmos that is wider — and wilder — than our own interests.

God’s care over all beings He has made for their own sakes manifests what Dorothy L. Sayers calls “the love of the creature.” Psalm 104’s brilliant creation hymn depicts a complex and interdependent web of natural relationships, all ordained by God but functioning largely outside the scope of human involvement. The same might be said of God’s self-disclosure to Job in the whirlwind, which manifests the Creator’s majesty by showing His providential reign over natural entities and circumstances that dwarf any lone man. It is this wildness, this intrinsic goodness of organic systems apart from our pragmatic interest in their use or applicability, that the Kratt brothers — like the Psalmist and the author of Job — celebrate in their television series.

Indeed, recent movements in the faith’s Protestant and Catholic branches have called greater attention to the fact that humans bear a significant role in preserving and stewarding this wild creation precisely because of our distinctive place in the created order. Of course, there has been a long strand of thought in the Church that maintains a degree of disdain for the environment, reasoning eschatologically, as the old song goes, that “this world is not my home.” Yet as Timothy Keller has observed, the eschatological vision of John’s Revelation portrays not an individualized escape to heaven from the earth but rather “heaven coming down and transforming the earth.” In other words, God redeems a creation He loves. If we do not love creation — which God Himself declared in its fullness “very good” — and view it only as a series of means to our own ends, then we’re acting just like Zach Varmitech, Donita Donata, and Gourmand.

Conservative Christians have long regarded practices such as abortion and euthanasia as intrinsically inhumane. Yet as Pope Francis observed in his recent encyclical, Laudato Si’, dismissal of creation care is actually part of the complex self-serving network that is our “throwaway culture.” We rightly denounce practices that promote the disposal of human beings at the beginning of life and at its ending. However, have we fully understood that the same autonomous mercenary logic underlies our reduction of nature — including its vast array of animal life — to means rather than ends in themselves? As Francis notes, the Bible “bear[s] witness to a conviction which we today share, that everything is interconnected, and that genuine care for our own lives and our relationships with nature is inseparable from fraternity, justice, and faithfulness to others” (70).

In the long run, because worldwide organic systems are “interconnected,” taking care of the created order is in our own best interest. Yet we will never be able to do so fully or faithfully until we have wrested ourselves from the grip of the “throwaway culture.” We must love the creature as the Kratt brothers love their creatures, and as God loves all His creatures: as intrinsic goods and not just instrumental ones. The true powers of all creatures — including us humans — lie in the fulfilling of their natures as the infinitely sovereign and supremely wild God has created them to do.

My personal thanks go out to Chris Fouche for his assistance on this article.