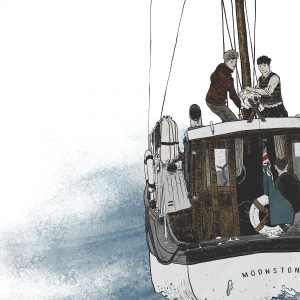 
“A tale of suspense from well-known historical fact.”

Christopher Nolan’s film recounting the British evacuation from Dunkirk is a harrowing affair, unrelenting in its depiction of the horrors of war. The closing lines, drawn from Churchill’s iconic “We Will Fight” speech commemorating the withdraw, belie Nolan’s primary focus—not on abstract notions of patriotism, heroism, or sacrifice, but on particularities in all their murkiness.

From the opening scene, where soldiers are pinned down by German forces, to the bombing raids, aerial firefights, and violent clashes that follow, the film’s hundred and twenty minutes allow the characters and audience alike little reprieve, a tension hauntingly intensified by Hans Zimmer’s masterful score. The soldiers and civilians on screen move from one devastating challenge to another, hardly recovered from the first before survival demands their attention once more. By interweaving three unique perspectives, ranging three different time frames, Dunkirk manages to be both epic and intimate, evoking the grand sweep of the celebrated Miracle of Dunkirk while immersing viewers in the action on land, sea, and air. In this way, Nolan impressively crafts a tale of suspense from well-known historical fact. And in so doing subverts our expectations, calling us to honor, not idolize, these fellow human beings who endured unimaginable trauma. —Marybeth Davis Baggett 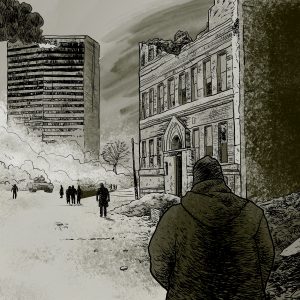 This War of Mine


“It’s important for us to be able build empathy in ourselves and in our community.”

This War of Mine is a co-operative board game experience simulating an Eastern European civil war from the perspective of a house full of civilians. Players work together desperately to survive day-to-day life in a city under siege. It’s very story-driven, with a book of nearly 2,000 story scripts that get triggered by your actions and choices and, of course, by things entirely outside your control since war is unpredictable. As players do not control individual characters, this is maybe the first truly cooperative game I’ve played, which works well to invest you in the story of these characters.

The great thing is not even whether you win or survive (though, hey great, if you do!). It’s about experiencing this terrible situation from the safety of your dining room table. It’s about living within this story that you’re making up around you. One reviewer for the game is a survivor of the siege of Sarajevo and talks about the game from that perspective. At one point he says: “I am, often, asked ‘How was it, living under the siege?’ Talking about it does not do it justice. From now on, if I get that question, I’ll sit down and play a round or two of This War of Mine with ones who asks.”

So much of the American 2017 has been concerned with cleaning out our own houses—the present eye on harassment, abuse, racism, and sexism—and our continued national and cultural investment in it is a constant. Every action of our international policy will have effects on civilian lives. It’s important for us to be able build empathy in ourselves and in our community for those who will feel the effect of what we might be fooled into thinking are merely political decisions. —Seth T. Hahne 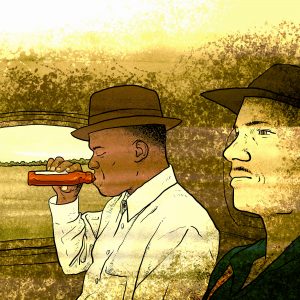 
“A sober, haunting piece of filmmaking, and a timely one.”

As motifs go, the mud in Dee Rees’s film Mudbound (based on Hillary Jordan’s 2009 novel) is a doozy. The film, which stars Jason Mitchell, Garrett Hedlund, Carey Mulligan, and Mary J. Blige, follows the fortunes of two families working the same farm in the Mississippi delta in the Jim Crow South of the 1940s. The McAllans are white farmers, and the Jacksons are black sharecroppers. The racial hierarchy between them is clear, and it shapes their prospects and vulnerabilities in different ways. When Ronsel, the Jacksons’ son, and Jamie, Henry McAllan’s brother, return from the war, their presence—and their unlikely friendship—brings an end to the uneasy peace between the two families and leads eventually to a harrowing and violent climax.

Throughout the story, the mud clings to everything. “When I think of the farm, I think of mud,” says one character. Mud is, firstly, a pervasive reminder that their lives—and their hopes for the future—are intertwined with the land, albeit in different ways. But it’s also a metaphor for the land’s history, which covers and encrusts everything. In the movie’s chilling opening scene, the two McAllan brothers dig a grave in the farm’s mud as the rain pours down. We don’t know at first whose grave they’re digging, or why. But as they dig, they find bones: slave’s bones.

Racial oppression, Mudbound suggests, is deep in America’s soil, and it clings inescapably to each of us. Mudbound is a sober, haunting piece of filmmaking, and a timely one: at a time when our nation needs to reckon honestly with its racial sins, films like Mudbound can help us understand just how deeply we’re mired in them. —Ethan McCarthy 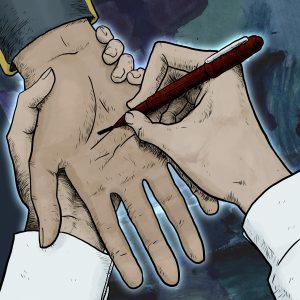 Your Name, directed by Makoto Shinkai


“Its story resonates with our need for human connection.”

At first glance, Makoto Shinkai’s Your Name appears like a remake of Freaky Friday in the skin of a Japanese anime. Tokyo high school boy Taki wakes up in the body of a rural high school girl, Mitsuha, and vice versa. While the body-switching humor only lasts the film’s first moments, the story quickly gives way to an apocalyptic mystery of the ties that bind Mitsuha and Taki.

Your Name is visually stunning and emotionally satisfying, both of which are staples of Shinkai’s other films, such as 5 Centimeters Per Second and The Garden of Words. It was the highest-grossing film in Japan when it released in 2016 (the fourth highest of all time) and received an unusually wide distribution across the United States rarely given to foreign films.

While Your Name is critically acclaimed and an international success, we did not include it in The 25 for such accolades. Instead, the film has received such praise because of how deeply its story resonates with our need for human connection. Its body-switching, time-jumping narrative explores personal and cosmic loneliness, the limitations of memory and a longing for truth, and a broken world that has the power to bring devastation upon its people. In a year that has spotlighted how we struggle to connect with and love others, Your Name provided some much needed reflection and catharsis for 2017. —Tyler Glodjo 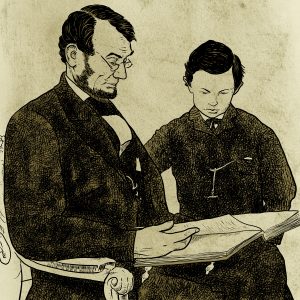 Lincoln in the Bardo, by George Saunders

Each culture has myths: stories it tells itself to make sense of its people, values, and history. This is no less true of the United States, despite its paltry few centuries of existence, although—perhaps because of its relative youth—the USA has a way to go before its myths become as solidified as Britain’s King Arthur or ancient Greece’s Trojan War. This year marked an important phase in our mythological development, as the culture at large grappled with the legacy of slavery and the Civil War, and Americans debated about which monuments to preserve and which to tear down.

Into this environment came George Saunders’s novel Lincoln in the Bardo, an astonishing accomplishment of peculiarly American mythmaking. In his fictionalization of the events surrounding the death of President Abraham Lincoln’s son Willie, Saunders presents his narrative as a fractured clamor of voices, with a huge cast of characters elbowing each other out of the way to tell stories—stories about themselves, about the world, and about the drama occurring right in front of them. In choosing this unique structure for his novel, Saunders paints a picture of history and of America itself: a babel of disparate voices, echoing cacophonously inside a graveyard.

That’s the other thing about Lincoln in the Bardo, by the way: almost all of the characters are ghosts. In this way, too, Saunders follows the footsteps of mythmakers before him. Like Odysseus and Aeneas, Lincoln descends to the underworld and emerges from it wiser and sadder than he was before. Not many contemporary authors would dare to write a book so nakedly mythopoeic, let alone one that imagines what the scene at Christ’s judgment seat might look like. But Saunders dares. Oh, how he dares. —Kevin McLenithan