Nominations covered a wide array of potentials from film, television, music, games, Internet, and people. We then used our magic algorithm to compile those choices into a tentative list of around 30 items. Finally, a panel of six (aka, the CAPC 25 Council), each representing various perspectives and expertise, met over the Internet for three-plus hours to hash out exactly how the list should look. 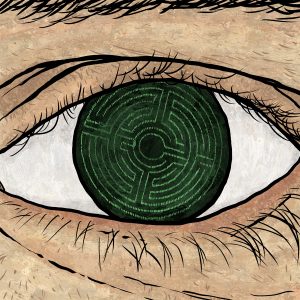 “A marvel of deft storytelling and expert editing.”

You can file S-Town in the fact-is-stranger-than-fiction category. Touted as the next production from the folks behind the massively popular Serial podcast, I thought that S-Town was going to be another foray into the complexities surrounding a crime, possibly a murder. That’s what the first episode hints at anyway. What I didn’t expect was to feel so conflicted when the series concluded.

A marvel of deft storytelling and expert editing, the podcast introduces us to John B. McLemore—a man who seems a bit like a cross between Flannery O’Connor’s Hazel Motes and True Detective’s Rustin Cohle. Though his speech matches his small town Alabama setting—“sh*t-town” is John B’s actual moniker for the place—it quickly becomes clear that he’s a kind of backwoods savant, excelling at everything from horology to maze-building. He’s also a deeply embittered man whose misanthropic view of life holds tragic consequences.

Given the nature of John B’s highly complex personality, S-Town occupies an uneasy place in our pop culture lexicon—a place that some critics have deemed borderline unethical. It also provides yet another example of our dubious habit of viewing other people’s lives as entertainment. This voyeuristic trend has been heightened by the kind of access made possible by social media, but a podcast like S-Town complicates matters by adding professional production values to the mix. Though we’ve arguably been in this territory ever since the premiere of Cops and MTV’s The Real World, S-Town occupies some new frontier in “reality” entertainment, a place where your eccentric “friend” gets a show. Naturally, serious questions about privacy, embellishment, and motivation arise, but perhaps the most important question for each of us is: What are the consequences of this kind of entertainment? I can’t say I’ve settled that question, but S-Town certainly highlights its significance. —Cameron McAllister 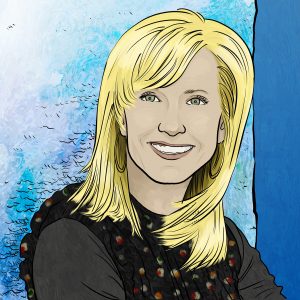 For decades, those who knew the name “Beth Moore” associated it with an energetic, blonde, passionate teacher of Scripture. None of that has changed, but Moore’s recent use of her massive platform has revealed a previously unseen layer—how the Word of God sheds light not merely onto the hearts of individuals, but onto systems that are just as acutely infected with sin.

A year or two ago, many would have said that the springtime of Beth Moore as Queen Mother of white evangelical women’s ministry was coming to an end. But Moore turned over a new leaf, raising her prophetic voice on behalf of her fellow sexual assault victims, against “Christian nationalism,” in repentance from racism, and for the dignity of women. The response to her strength and clarity was mixed—many of her former disciples wish she would stop being so “political,” accusing her of causing division when she merely pointed out divisions that have too long existed.

Moore disrupted the status quo for white evangelical female leaders, exhibiting humility by learning from the marginalized and embodying truth as she beckoned others to repent of the tentacled grasps of power and privilege. 2017’s Moore proclaimed liberty for the captives, the light of Christ within her shining and refusing to let the darkness overcome it. —Abby Perry 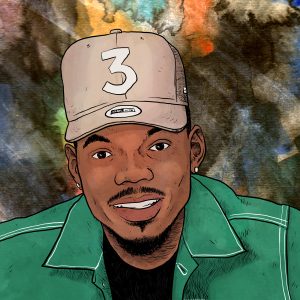 Being catapulted into the national spotlight with the popular and critical success of his mixtape Coloring Book (which occupied the #2 spot on last year’s 25), 2016 was a big year for Chance the Rapper. Rather than spending 2017 basking in his newfound fame, Chance has leveraged his 2016 success, establishing himself as a household name in American pop culture and plowing new ground for music and social activism.

After winning three Grammys including Best Rap Album and Best New Artist, Chance spent the rest of the year deeply involved in the life of his home city. He joined the board of the DuSable Museum of African American History in Chicago. Through the non-profit he started, SocialWorks, he expanded the OpenMike program in partnership with Chicago Public Library creating artistic opportunities for high schoolers. He donated over one million dollars to Chicago Public Schools and met with political officials to advocate for public education. He even hosted SNL. Despite all of this, he never lost focus on his music, giving scintillating performances at the Grammys, on late-night TV, and on a full tour that included headlining the Chicago festival Lollapalooza.

What makes Chance unique, even more than his musical genius or infectious personality, is the way that even in the midst of his meteoric rise, Chance has used his fame as a platform to advocate for ideas and causes that he believes in. Just as Chance would not have his success without his community, we, the public, cannot enjoy the fruits of Chance’s artistic successes without his community either. Whether creating a more equitable music industry, advocating for public education for his hometown in Chicago, or providing opportunities for Chicago youth like himself, Chance has used his power for the sake of the various communities of which he is a member. For the sake of all of our communities, we can only hope that more public figures follow the trail he is blazing. —Andrew Whitworth 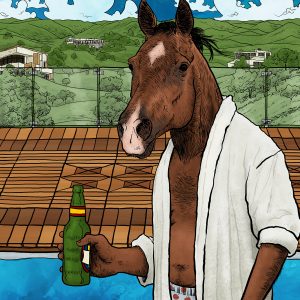 Ever since season one of BoJack Horseman ended with possibly the biggest gut-punch I’ve ever seen from a TV comedy, I’ve known this series was something special. Deftly combining every flavor of humor (satire, slapstick, character-based laughs, straight-up silliness) with heart-rending moments of pain and tragedy (plus an impressionistic watercolor aesthetic and a weird-but-ultimately-charming “furry” sensibility), BoJack has consistently proven to be one of the best things on TV. This year’s season—the fourth—is no exception, devoting entire episodes to capturing the experience of clinical depression (“Stupid Piece of Sh*t”), skewering Hollywood hypocrisy on gun violence (“Thoughts and Prayers”), and exploring how the pain we cause can echo through generations (“The Old Sugarman Place,” “Time’s Arrow”).

Permeating the series is a theme as painful as it is true: We are, all of us, broken. There is no easy fix. We’ll keep hurting each other, and we’ll keep hurting ourselves—even after we’ve found wealth, fame, power, love. The American Dream is a lie.

This is, admittedly, a bit of a downer, and after season three I was wondering if the show would end up chasing its own tail or running itself into the ground—but season four ably rose to the occasion by diving deep into the genetics of self-loathing, spoofing American politics, and even humanizing the series’ perennial punching-bag, Todd. I can’t wait to see where the story goes next. —Luke T. Harrington 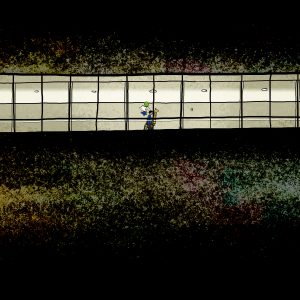 “A look inside the often misunderstood and flattened stories of Muslim immigrants.”

The Big Sick, based off the lives of Kumail Nanjiani and his wife, Emily V. Gordon, was the perfect antidote to what ailed 2017 (including xenophobia, Islamophoba, and a general pervading sense of despair). Nanjiani, who both wrote and starred in the movie, is a comedian who gave America the gift of a look inside the often misunderstood and flattened stories of Muslim immigrants in the United States. His humor, care, and compassion for the communities that uphold and sustain us as people in the world resonate deeply in a world where romantic comedies normally focus on individual couples.

It is also a sidesplittingly funny movie, all the more so because the stakes are both high and yet also extremely relatable. In a world where we have to learn how to live with clashes in culture and religion, where people get sick and even die, and where we try hard to live up to what is expected of us and often fail miserably—well, in this world we need people like Nanjiana and Gordon to give us these real stories to spark our imagination for how to love each other better. —D. L. Mayfield

One by One by Gina Dalfonzo, Free Promo Pack for CAPC Members