Nominations covered a wide array of potentials from film, television, music, games, Internet, and people. We then used our magic algorithm to compile those choices into a tentative list of around 30 items. Finally, a panel of six (aka, the CAPC 25 Council), each representing various perspectives and expertise, met over the internet for three-plus hours to hash out exactly how the list should look. Our final deliberations were recorded and produced into a two-part podcast in which you can hear exactly how the CAPC 25 Council determined the order and make-up of the 25 of 2018. Part one is available today; part two will be released later in the week so as to not spoil the surprise for the top spots. 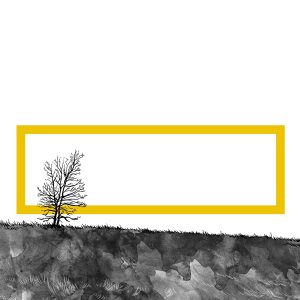 
“A fascinating production which shines a sober light on a justice system failing its community.”

American Public Media’s In the Dark podcast exemplifies not only the best of the true crime genre, but also the best in journalism and podcasting. Hosted by Madeleine Baran, In the Dark’s 2018 season follows the disturbing case of Curtis Flowers, a man tried and sentenced to death six separate times for the same homicide in Winona, Mississippi. As an African American man convicted by predominantly white juries, higher courts repeatedly overturned Flowers’s trials, citing prosecutorial misconduct and racial bias by District Attorney, Doug Evans. However, following each failed trial, Evans re-indicted Flowers over the course of thirteen years.

Employing the highest standards of investigative journalism, Baran tells a grippingly human story while masterfully weaving in the systemic implications of her reporting. The result is a fascinating production which not only shines a sober light on a justice system failing its community, but was directly responsible for Flowers’s referral to the United States Supreme Court.

True crime can often smell of voyeurism at its very best and shoddy journalism at its worse. It’s here where In the Dark shines most brightly, standing a cut above the rest by avoiding the pull to tabloidism and serving the public’s good rather than just its morbid curiosity. —Matt Poppe 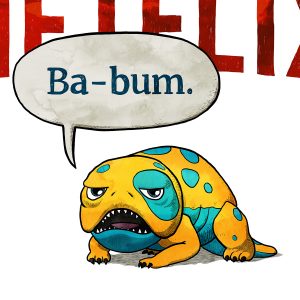 
“The show is somehow dark and humorous, fitting for both children and adults.”

The Dragon Prince might not have the place in my heart that Avatar: The Last Airbender does, but it has the potential to come close. With a 1,000 year-old war; elemental-inspired magic of the sun, moon, stars, earth, sky, and ocean; the intriguing race of Moonshadow elves; and a cast of eclectic characters, The Dragon Prince’s first season compels me to want more.

The main trio—Callum, Ezran, and Rayla—struggle to understand a conflict between humans and elves that began before their time. Their adventure is strengthened by their child-like dedication to doing the “right” thing, coupled by a willingness to understand each other (though their arguments are often accompanied by much frustration and Rayla stomping off to fume by herself). The show is somehow dark and humorous, fitting for both children and adults.

I especially love the inclusion of a deaf, female warrior who uses sign language to communicate; Callum and Ezran’s aunt, General Amaya is not defined by her disability, but it is a part of her. With these diverse characters and the beginnings of an epic adventure, The Dragon Prince is a show to look out for. —Allison Alexander 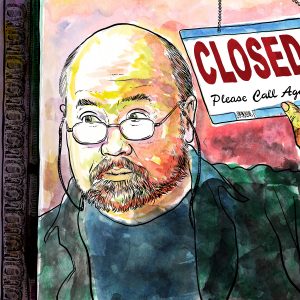 “The show iterates on the sitcom formula of the past, adding a refreshing perspective and weight to the characters and issues at hand.“

Kim’s Convenience is a Canadian television series reminiscent of beloved classic 90’s sitcoms—family drama, lots of laughs, and typically some lesson or moral to be learned. But rather than duplicate the sitcom formula of the past, this series iterates on it, adding a refreshing perspective and weight to the characters and issues at hand. Kim’s Convenience centers on the Kim family, a Korean Canadian family running a convenience store in the Moss Park neighborhood of Toronto: the father “Appa” (Paul Sun-Hyung Lee), the mother “Umma” (Jean Yoon), daughter Janet (Andrea Bang), and son Jung (Simu Liu).

A unique aspect of the Kim family as portrayed in the series is their religious faith. The family is active in a local Christian church, and the show does not shy away from this part of their shared identity. Several of the series’ funniest scenes take place during church potlucks and Sunday services, and it breeches some of the most niche church experiences—volunteering service to impress a pastor, or competing with parishioners (in the humblest of ways, of course) to donate the most valuable personal items for charity. The show captures the church and faith experiences of the Kim family perfectly, while subtly offering a vision of multiethnic congregations not often seen on screen or in American churches.

Experiencing the tensions the Kim family navigates as immigrants and minorities in a predominantly white society is much needed content in our culture, and wrapping it up in an American sitcom-style package makes these moments all the more poignant. Kim’s Convenience is an entire series built upon some of the best moments of immigrant stories in a show like Master of None or the film The Big Sick. In a year that has had such box office success centralizing Asian characters and stories in American pop culture, yet also filled with such anti-immigrant rhetoric and sentiment from the highest seats of power, Kim’s Convenience recognizes both the cost of our hatred and bigotry while also offering a glimpse of a better neighborhood that could be. —Tyler Glodjo


Editor’s Note: The second season of Kim’s Convenience aired in Canada in the fall of 2017, but the series was first introduced to an international audience following its Netflix release in the summer of 2018. 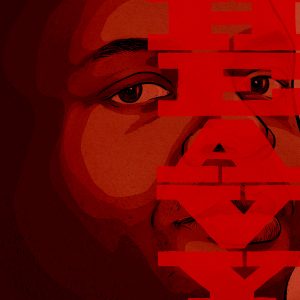 “Slowly, layer by layer, he unravels black generational trauma in a way that feels familiar yet unbelievable at the same time.”

Kiese Laymon can write. For years, that writing mastery has been displayed in flashes throughout his previous works, Long Division and How to Slowly Kill Yourself and Others in America. This year, the flashes turned into fireworks with the release of Heavy, a book that promises an experience and exceeds expectations.

Heavy is intended to be a memoir about his family’s relationship with food and sexual trauma. With uncomfortable honesty, Laymon recounts the details of his own sexual violation and the violation of others around him. Throughout the journey, he manages to critique toxic masculinity, rape culture, and, of course, racial politics in the South. He interrogates the complicated relationship he has with his mother and grandmother, refusing to tame the narrative to protect his family’s reputation. Slowly, layer by layer, he unravels black generational trauma in a way that feels familiar yet unbelievable at the same time.

For a book with such rave reviews, it would be easy to expect something dazzling or bombastic, but Heavy is not a flashy work. The prose is beautiful but also haunting, almost quiet. Laymon tells each story in brutal detail, and the volume rarely rises above a silent scream. Yet, in the silence, the result is triumphant. In a time when the tragic presence of sexual trauma has dominated our news cycle, Kiese’s bravery to look his trauma in the eye makes this book an essential, cathartic, must-read. —Tyler Burns 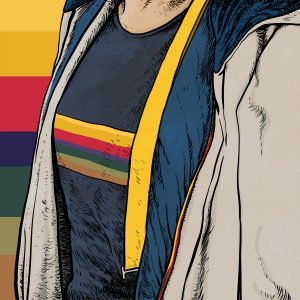 “The Doctor has always had the potential to be a woman.”

Fans of Doctor Who, the long-running BBC series, were split when the decision came down to cast Jodie Whittaker (known for her work on Broadchurch) as the first female doctor. Opponents to the casting seemed primarily to camp out on accusations of political correctness, but outright misogyny reared its ugly head at times, as well. In contrast, many fans applauded the casting as being long overdue.

In Doctor Who, the character of the Doctor is an alien—a time traveling Time Lord from a planet called Gallifrey capable of regenerating, upon death, into another iteration of his (or her) self. In such a manner, the Doctor is—for all intents and purposes—immortal, and the show can run for as long as the writers can come up with new stories and the producers deem it popular enough. With each regeneration, the Doctor retains memories and a sense of his/her former self, but also changes. He/she is both the same and different. Herein lies much of the popularity and the reason why Doctor Who has succeeded for so long. Viewers know that when the Doctor appears on screen, they can rely on him/her to be a certain way: namely, a savior, protector, and champion of the weak.

This is part of what makes Jodie Whittaker’s casting as the first female Doctor so important to the cultural climate of 2018. While all previous twelve Doctors have been men, and all true fans of the series love to claim their favorite Doctors, the Doctor has always had the potential to be a woman. In a time when women everywhere are boldly rising up to name their oppressors and reclaim lives shattered by abuse, a female stepping into the role of the Doctor—and everything the Doctor represents—means far more than just a progressive casting choice. —K. B. Hoyle