Nominations covered a wide array of potentials from film, television, music, games, Internet, and people. We then used our magic algorithm to compile those choices into a tentative list of around 30 items. Finally, a panel of six (aka, the CAPC 25 Council), each representing various perspectives and expertise, met over the internet for three-plus hours to hash out exactly how the list should look. Final deliberations were recorded and produced into a two-part podcast. Listen to the process here: part one and part two. 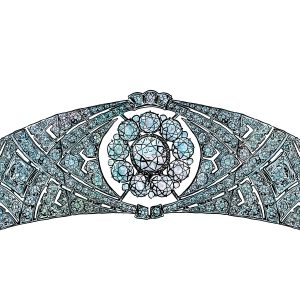 “The power of love to cross boundaries.”

This year, the British royal family added American actress and humanitarian Meghan Markle to their ranks through her marriage to Prince Harry. Their fairy tale–like romance, American girl gets set up on a blind date with a real life prince, has captured hearts and minds on both sides of the pond—29 million Americans tuned in to watch their wedding, compared to the only 22 million who watched the nuptials of Prince William and Kate Middleton.

Their union is a powerful symbol made all the more powerful by what the royal family signifies in the British cultural imagination. This royal wedding was a testament to the power of love to cross boundaries and bring people of different ethnicities and cultures together as one. Therefore, it was not your typical royal wedding. There was a gospel choir that performed “Stand by Me” and “Amen/This Little Light of Mine,” and the first black musician of the BBC’s Young Musician of the Year Prize performed a collection of classical standards. Prince Harry and Meghan Markle not only embraced difference in their union, but in front of millions they elevated African American culture in their wedding as of equal import to royal tradition.

The love spoken about during the wedding address of the Reverend Michael Curry was not impotent or superficial. He reminded us love can “help and heal when nothing else can… lift up and liberate when nothing else will.” The church, as Reverend Curry, Quoting Dr. Martin Luther King, Curry stressed the church must rediscover “the power of love, the redemptive power of love, and when do we will make of this old world a new world.”

This is the love that sent Jesus Christ to the cross, the love of 1 Corinthians 13, the love that casts out fear. This is the love that tore down “the dividing wall of hostility” and brought all who were far off near. It is this love that will envelop us as people“ from every nation, from all tribes and peoples and languages” stand before the throne proclaiming, “Salvation belongs to our God who sits on the throne, and to the Lamb.” The royal wedding reminded us that love is not all Hallmark movies and valentine hearts; it is the only force powerful enough to truly bring together disparate groups on earth, and one day in heaven. —Kathryn Freeman 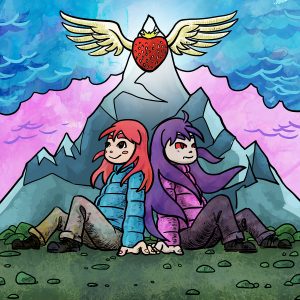 In Celeste, players take on the role of protagonist Madeline as she embarks on a journey to summit the titular mountain—a difficult feat both narratively and through gameplay. For reasons not fully disclosed, the player quickly understands Madeline’s stubborn determination to climb Celeste is a way of proving she is more valuable and more capable in life than the lies she hears in her head. It’s not long into the journey when Madeline begins to doubt her ability, and during a phone call with her mother, we quickly see that Madeline does not always act and speak like the character to whom we were first introduced. While we don’t learn any specifics, Madeline suffers from mental illness, and Celeste is just as much about wrestling through that experience as it is climbing the mountain. Madeline builds a community of friends and acquaintances on her journey up Celeste, but she is also confronted by a dark reflection of herself—a manifestation of her illness that both verbally and forcefully tries to prevent her climb.

Developed by Matt Thorson, Celeste is a puzzle platformer that builds upon its genre in novel ways rather than duplicating previous formulas. The game mechanics—how Madeline moves, the obstacles she faces, the speed with which screens reset upon failure, etc.—all serve the story just as much the play. Inhabiting Madeline’s character, the player experiences the sting of depression and anxiety in their climb up Celeste. Celeste’s central drama of mental illness and its excellent integration through both narrative and gameplay make this game a memorable masterpiece. And Celeste has been recognized as such, being nominated for Game of the Year at The Game Awards and winning the Best Independent Game and Games for Impact categories. If you want to walk a mile in the shoes of someone wrestling with mental illness, try to climb Celeste. You’ll learn, as Madeline does, that it can’t be a solo feat. —Tyler Glodjo 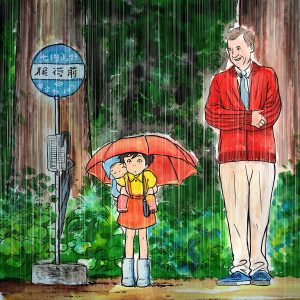 Won’t You Be My Neighbor?

For many of us, tucked away with our most treasured childhood memories of family, friends, and favorite toys, is the image of a kindly man singing while he put on a cardigan and changed his shoes. Fred Rogers—ordained Presbyterian minister and television pioneer—was just that powerful. His gentle influence was brought back to our attention, 50 years after the premiere of Mister Rogers’ Neighborhood, by Morgan Neville’s acclaimed documentary Won’t You Be My Neighbor?
Some documentaries spill dirt on their subjects, tarnishing our memories of them. In this one, we learned that Mr. Rogers was so good at what he did because he really did care about what he was doing and who he was reaching. He cared because of the faith that taught him compassion, because of his own memories of a lonely childhood, and because his studies in child psychology had showed him the importance of a loving and empathetic presence in a child’s life. He cared so passionately that he got furious over crass commercialism aimed at children via the very same medium that he was using to encourage and teach them. Won’t You Be My Neighbor? gave us a valuable and indelible portrait of a man who was human and flawed like the rest of us, but who had a deep capacity for love and an unparalleled ability to express it right through the television screen to those who needed it most. We may never know his like again… but if only we could. —Gina Dalfonzo 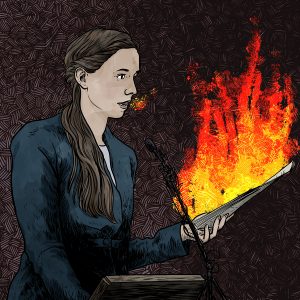 “Her faith and resulting moral clarity exactly the kind of leadership we need.”

In early 2018, former USA Gymnastics national team doctor Larry Nassar received maximum sentences after being convicted on hundreds of counts of child abuse and sexual assault. Key to this resounding, if not rare, conviction was a petite young woman named Rachael Denhollander.

Now a lawyer, mother, and wife, Denhollander was the first to publicly accuse Nassar and has become something of a figurehead, representing not only her fellow survivors, but the larger #MeToo movement as well. But beyond courage and determination, Denhollander contributes a distinctively Christian perspective and stands as an Esther—her faith and resulting moral clarity exactly the kind of leadership we need in “such a time as this.”

To Christians, Denhollander reminds us of our moral imperative to pursue justice and resist the temptation to cover up abuse when it occurs in our own communities. Or as she put it in her victim impact statement, “How much was a little girl worth? How much were these young women worth?… They are real women and children, real women and little girls who have names and faces and souls.”

But Denhollander is also the faithful witness that broader society needs. As we sort through the implications of the #MeToo movement, we must determine what to do with perpetrators. With justice as a baseline, what would repentance look like? And perhaps more controversial, what would redemption look like?

Addresssing Nassar, Denhollander reminds us that perpetrators face a justice far more demanding than any we could hope to mete out. Stripped of the earthly power, money, and nepotism that once enabled and protected them, perpetrators stand helpless before God and must own their guilt. “And that is what makes the gospel of Christ so sweet” Denhollander testifies, “Because it extends grace and hope and mercy where none should be found.” —Hannah Anderson 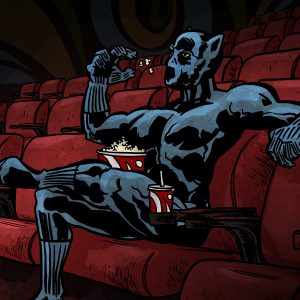 In 2018 we crossed our arms and shouted WAKANDA FOREVER. Black Panther was more than a movie, it was a cultural moment. In the 10 years of Marvel films, Black Panther easily sits in the top 5. From the epic chase scene in Korea to the gripping story of Killmonger trying to find a home to the poignant social commentary, Black Panther hit all of the right notes.

Black Panther painted a picture of beauty. The costumes, the lighting, the intricacy of the story, all of it came together to give us this great cultural moment. There aren’t many movies about people who run around in tights that have created the euphoric feeling that many have experienced because of this movie—and that is beautiful. —CJ Quartlbaum