Nominations covered a wide array of potentials from film, television, music, games, Internet, and people. We then used our magic algorithm to compile those choices into a tentative list of around 30 items. Finally, a panel of six (aka, the CAPC 25 Council), each representing various perspectives and expertise, met over the internet for three-plus hours to hash out exactly how the list should look. Our final deliberations were recorded and produced into a two-part podcast in which you can hear exactly how the CAPC 25 Council determined the order and make-up of the 25 of 2018. Part one is available today; part two will be released later in the week so as to not spoil the surprise for the top spots. 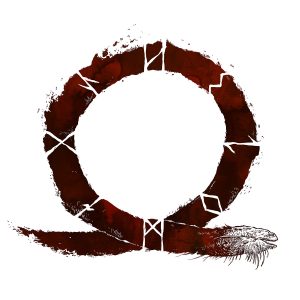 “The 2018 version of Kratos asks players to look at the external forces that help define us.”

God of War is more than a reboot of a 15-year-old action-adventure game. It’s a cautionary tale from its director, Cory Barlog, to the gamers that have aged along with the franchise, which debuted in 2003. As an animator on the original God of War, Cory became obsessed with Kratos, the lead protagonist of the series whose reputation revolved around wanton violence and anger, without much else. Cory often worked into the wee hours of the morning of his own free will.

The 2018 version of Kratos asks players to look at the external forces that help define us. Cory’s new influence was his son who was old enough to notice that daddy was working very late hours. The result was a reimagining of Kratos as a father. Having murdered his way through the entire ancient Greek pantheon in previous entries, Kratos now can not bring himself to have a simple conversation with his son Atreus, or even put a hand on his shoulder for comfort when he is sad. The estrangement between the two sets the tension for the adventure and mirrors Cory’s tumultuous relationship with his son due to hours spent on the franchise. Cory, via Kratos and Atreus, asks the player to know when it is time put Kratos’s axe down and look at your child or loved one and go on an adventure with them instead. —Jonathan Clauson 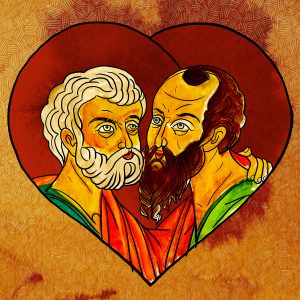 “Based on good humor and solid info alone, Apocrypals is the sort of podcast I can recommend to any friend.”

Launching in April of 2018, the podcast Apocrypals bills itself as “Where two nonbelievers read through the Bible and try not to be jerks about it”—and it delivers on that premise and more. Ex-vangelicals Chris Sims and Benito Cereno (both best known as comic book writers for Marvel and other publishers) hop around in not only canonical Scripture, but also Deuterocanon, apocrypha, pseudepigrapha, and even occasional medieval Christian writings, managing to be funny, fair, and well-informed about the material, while both keeping it clean and coming off as genuinely affectionate toward listeners of all beliefs—Christian, Jewish, nonbelieving, and everyone else.

Based on good humor and solid info alone, Apocrypals is the sort of podcast I can recommend to any friend—Christian or not—who wants to learn more about the Bible, but it’s also more than that. It’s an invitation to dig into some of the best writings from humanity’s past, and a weekly reminder that the universe is a much richer and more mysterious place than any of us usually acknowledge. It’s an invitation to sit around the fire, share heritages, and swap stories (exemplified by the duo’s determination to acknowledge every Jewish and Christian holiday adjacent to each episode). When I listen to Apocrypals, I feel very seen. I can’t be the only one. —Luke T. Harrington 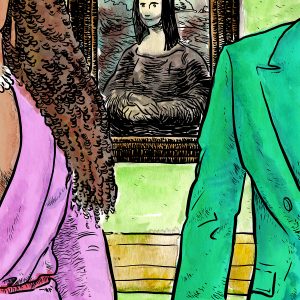 Everything Is Love
by The Carters

“This album… tells the story of their life together on the other side of forgiveness. “

Everything Is Love is the long promised joint album from Beyonce and her husband, Jay Z. Released after her groundbreaking visual album Lemonade, which exposed their marital struggles due to his infidelity, and his confessional album 4:44, where he wrestles with the damage of his actions. This album released under the moniker of “The Carters” tells the story of their life together on the other side of forgiveness. For the Carters there are a lot of luxury items, but there is also resistance to injustice, the empowerment of others, and the celebration of love. Love should help you to see clearly the places where love is lacking whether its “on MLK Boulevard” or in the false arrest of young black men. Jay Z raps about wanting to “free the world” and Beyonce sings about still having love for the streets. Everything Is Love recognizes that love extends beyond yourself and your immediate familial bonds. Jesus exhorts us to “love our neighbors as ourselves,” and Paul instructs the church of today on the ways of love in 1 Corinthians 13. In this way, Everything Is Love is an ode to the power of love to restore brokenness, to interrupt the status quo, and to transform us into something new. Love is not weak, it hopes and endures in all things, just as Beyonce reminds us, “love is deeper than pain,” and it changes things. —Kathryn Freeman 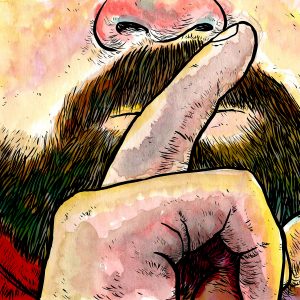 “Embedded within the sparse and plain dialogue are cultural indicators about the ways people approach child-rearing and marriage in the midst of expected and unforeseeable difficulties.”

John Krasinski may have produced one of the most surprisingly appreciable horror films of 2018 in A Quiet Place. He directed, co-wrote, and starred in the movie alongside his wife, Emily Blunt. Both admitted they were nervous to work together, but you wouldn’t know it as they portray husband and wife in the film.

Krasinski, who is best known for his role as Jim, the sneery middle-class worker on NBC’s The Office, transforms into an intelligently courageous father who is tasked with protecting his family from strange creatures that hunt humans by sound alone. These alien creatures have a dense reptile-like armored exoskeleton, no eyes, but ears with impeccable hearing that can pick up the slightest sounds from miles away. This feature sets up the key elemental layer for the film’s suspense and highlights each actors skill to masterfully use their facial expressions to convey fear, affection, and helplessness to audiences. The plot is thickened when it is revealed that Lee (Krasinski) and Evelyn Abbott (Emily Blunt) are pregnant with their fourth child.

A Quiet Place isn’t all suspense and nail-biting, though. Embedded within the sparse and plain dialogue are cultural indicators about the ways people approach child-rearing and marriage in the midst of expected and unforeseeable difficulties. The most interesting analysis for viewers to grapple with, however, is the management of noise in a society where access to it is abnormally central to everyday life. Could noise be the silent killer for future generations, or are we just merely mismanaging it? A Quiet Place’s suspenseful take on this question is award-worthy viewing for audiences interested in such inquiries. —Timothy Thomas 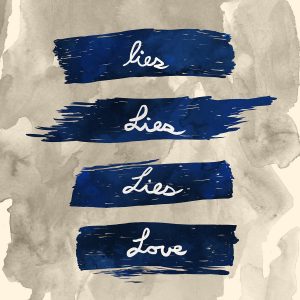 Everything Happens for a Reason
by Kate Bowler

“It forces us to face our practical theology and how we use that to avoid mystery and pain and anyone whose life is drenched in both.”

Christian faith memoirs are often as flimsy—and as ubiquitous—as Christian clichés. Unless you read Everything Happens for a Reason: And Other Lies I’ve Loved by Kate Bowler, an assistant professor at Duke Divinity School. This memoir redeems the genre while demolishing easy faith commentary. It’s no easy read though. It forces us to face our practical theology and how we use that to avoid mystery and pain and anyone whose life is drenched in both. Kate pulls us into this reckoning by sharing of her fight against incurable stomach cancer and the intolerable clichés offered by the naively imprudent trying to offer a word of support. Too often, we are such people. In an attempt to point the hurting toward hope in Christ, we have tossed out a cliché—“everything happens for a reason,” “you’ll get married when you stop looking,” “God won’t give you more than you can handle,” and so on. Kate received a deluge of these comments, none of which were helpful or consoling when life began to crumble and deep faith was the only solution. Everything Happens for a Reason is the theological lesson we all need to live this life with substance and grace and in a way that honors the only One who can soothe us in the dark unknown. It is the theological corrective to our flimsy faith, delivered to us in a story that’s raw and real in ways we use clichés to avoid. —Erin Straza