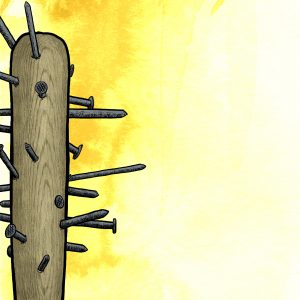 
“A triumph of family (though perhaps a family extended by even deeper friendship) and belonging.”

Stranger Things was a 2016 phenomenon (season 1 made last year’s 25) and for good reason. In addition to being great storytelling in its own right, the Duffer Brothers’ series was a love letter to two Steves—Spielberg and King—whose stories provided those of us who lived through the 1980s with a kind of visual soundtrack. And like good and hopeful storytellers, the Duffer Brothers left us with hints of a world beyond Dr. Brenner (Matthew Modine), beyond Hawkins, even beyond the Upside Down. (Side note: Echoes of It, the Cthulhu Mythos, Goonies, and many ’80s movies are everywhere. But I digress.)

When we rejoin the Party, everyone’s a year older and trying to keep the Upside Down in the rearview. No spoilers here, but the first two episodes move a little slowly, highlighting the basic normalcy of the lives that Mike, Lucas, Dustin, and Will live now. The boys have traded D&D for Dig Dug, and Mike’s basement for the town’s video arcade. There, the Party encounters Max Mayfield (Sadie Sink) who threatens the Party’s cohesion just as Eleven did in season 1. Only Will—still haunted by the effects of his sojourn in the Upside Down—gives us any hint that enemies still threaten in Hawkins. But before long everyone—old and new—drops into Will’s orbit and the Party’s heroic work continues.

Despite my love for the first season, Stranger Things 2 defies the odds and improves the story because a higher love drives its story. Stranger Things ended with a costly triumph, love rooted in friendship. Season 2 seems more a triumph of family (though perhaps a family extended by even deeper friendship) and belonging. Because of that, the losses hurt a little more. 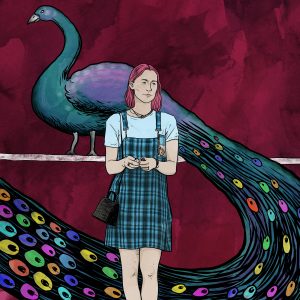 “A coming-of-age story with warmth and humor and unexpected plot turn.”

In the opening scenes of Lady Bird, Christine McPherson (played with lovable realism by Saoirse Ronan) and her mother (Laurie Metcalf, brilliant in this role) drive across a California desert, both wiping tears away as their audiobook—The Grapes of Wrath—comes to an end. The tender moment between them almost immediately dissolves into petty argument, though, and in frustration, Christine opens the door of the running car and launches herself out.

That kind of pitch-perfect representation of the precipitous emotional movement of adolescence and the complicated mother-daughter relationship is only one of the things that makes Lady Bird such a successful film. Written and directed by Greta Gerwig, Lady Bird infuses freshness to an often stale genre, telling a coming-of-age story with warmth and humor and unexpected plot turns. Gerwig earns her audience’s laughs without resorting to tropes, and Ronan earns the audience’s tears without resorting to schmaltz.

These days, a film that genuinely makes its audience laugh and cry is a rare find. But Lady Bird earned its spot on our list because it went beyond even that; it expressed something true about the human condition and about female relationships that moved audiences to action.

I know more than one young woman who, leaving the film, called her mother, an awkward note of gratitude in her voice. —Amy Peterson 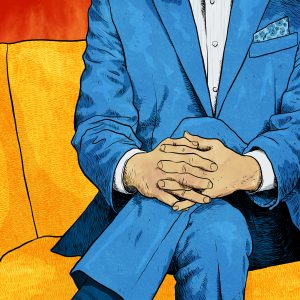 
“Genuine cleverness, not in flippancy about virtue, but in provocative contrasts of likeable yet self-centered characters.”

What if they made a sitcom blending your ethical philosophy textbook, The Far Side cartoons, a little Screwtape Letters, and that one Twilight Zone episode in which the gangster goes to Heaven (“A Nice Place to Visit”)?

Along the way, even this secular-by-design vision of the afterlife can’t help reflecting several partial Gospel truths, such as “None is righteous; no, not one” (Romans 3:10). Plus there’s the simple fact that any creative vision of morality and the afterlife, if divorced from its divine Architect and a biblical worldview, can only be reduced to the genre of satirical farce. But within that genre, so far The Good Place creators keep finding genuine cleverness, not in flippancy about virtue, but in provocative contrasts of likeable yet self-centered characters with our own manufactured moralities. —E. Stephen Burnett 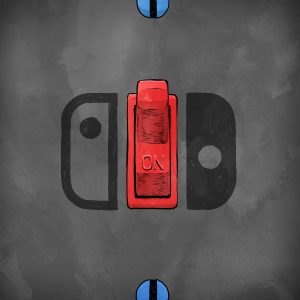 “A machine that can bring people together, anytime, anywhere.”

Prior to 2017, gaming felt a lot like our current political landscape: divided into two insular factions, each one a vast wasteland. The PC/console camp seemed to cater exclusively to FPS addicts with hours to spend in front of their TVs/monitors and piles of cash for lootboxes; the mobile/tablet camp had become a race-to-the-bottom of free-to-play trivialities designed to hook rubes and empty their wallets. Fortunately, Nintendo, as they so often do, stepped up to offer us a “third way”: a new device that will appeal both to “serious” gamers short on TV time and “casual” gamers looking for a meatier experience.

The genius of the Nintendo Switch is how many different experiences are packed into a single, pocket-sized machine: It’s a home console. It’s a handheld. It’s a tablet. It’s a portable two-player system. It’s a (vastly improved) Wii. It fits effortlessly into your life however you want it to, instead of demanding that you use it a certain way.

None of that would matter without good games, but Nintendo has been almost single-handedly pumping out the year’s best games to back it up: system-sellers Zelda: Breath of the Wild and Mario Odyssey, plus quirkier fare like Arms and Splatoon 2, along with a parade of excellent indie titles and even a smattering of hardcore hits like Doom and Skyrim. Since picking up a Switch in April, I’ve already had too many great experiences with it to count: I’ve crashed on the couch to spend hours in Hyrule. I’ve grinded levels in I Am Setsuna during road trips. I’ve passed out controllers to play Overcooked with my wife and daughter. I’ve sat on my deck and watched the sunset while dungeon-crawling in Severed. I’ve strapped on a Joycon and Just Dance‘d till dawn. I’ve split the thing in three for some spontaneous Mario Kart with my sister.

It’s stuff like that last bit that really illuminates why the Switch matters: this is a machine that can bring people together, anytime, anywhere. In a year like 2017, that’s worth a lot. —Luke T. Harrington 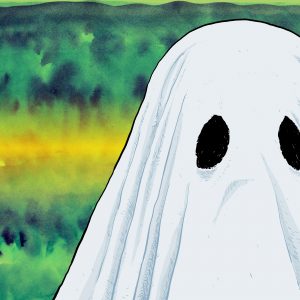 
“It wants you to be a better person.”

No film released in 2017 is quite like A Ghost Story.

Starring Casey Affleck and Rooney Mara, David Lowery’s latest release tells the story of a deceased man who quietly haunts his Texas Ranch home. Haunt is a strong word. Observe might be the better descriptor. Donning a simple white sheet, the spirit silent watches as occupants come and go, leaving scuffs on the walls, across the baseboards, and between the etches of the foundation. Eventually, time starts to skip and what was initially a story about grief turns into a piercing meditation on time, purpose, and eternity.

A Ghost Story is one of those rare movies that doesn’t simply elicit emotions. It goes a step further—it wants you to be a better person. In one sense, the narrative is crippling. Over the scope of human history, like this “ghost,” we are but one soul in a vast universe of beings. We are born. We die. People take our place. We are forgotten.

Yet, at the same time, A Ghost Story seems to imply that each of us is significant in our own way. Loved ones hold our memories dear. We leave marks (however so small) on the places around us. And, as the film subtly ponders, if there is a God, perhaps he is watching us, too. Then again, maybe he does more than watch. Maybe he sees.

Wherever viewers land regarding these ruminations, A Ghost Story’s square aspect ratio and long, deep takes require that we pay attention. Focus. Look closer. We must not only watch, we too must see.

And, if we’re lucky, this careful attention will continue long after the film’s final shot. —Wade Bearden