Television’s traditionally seasonal viewing cycle might not be what it used to be, but there are plenty of intriguing TV shows premiering or starting back up this fall. Confused? We at Christ and Pop Culture are here to help! Our writers break down some upcoming shows that we’re looking forward to watching. 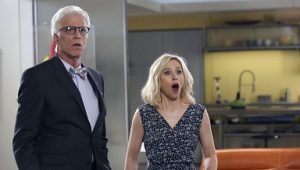 Who would have expected that the best comedy currently on network TV is all about how much it would suck to live in a universe without grace? NBC’s The Good Place (now entering its second season) is set in the afterlife, in which only the ultra-virtuous go to heaven while the other 99% of humanity is consigned to hell. Our hero—or more accurately, anti-hero—is Eleanor (an endearingly vulgar Kristen Bell), who finds herself in “the Good Place” through what seems to be a cosmic clerical error. Eleanor is the sort of person you avoid at work and hiss at on reality shows, and The Good Place’s first season derives its narrative tension from her attempts to hide her awfulness from the philanthropists and monks and selfless aid workers who populate paradise. If she is exposed, she’ll be cast into the Bad Place to be eternally tormented with the rest of the sinners. Under the circumstances, you can’t blame her for engaging in a bit of desperate deception.

The Good Place was created by Michael Schur of Parks and Recreation fame, and this new series exhibits familiar strengths: sharp writing, vivid and likable characters, and an offbeat comedic sensibility. It’s the show’s thoughtfulness that sets it apart, though. Name another network comedy that regularly digresses into the moral philosophy of Plato and Kant, and I’ll gladly eat my hat. And it offers the Christian viewer even more to chew on, depicting an existence where people are still in bondage to the Law and have no Advocate on their side at the judgment seat. You’ll laugh at The Good Place’s hijinks, but you’ll also be pondering its implications long after each episode’s end. 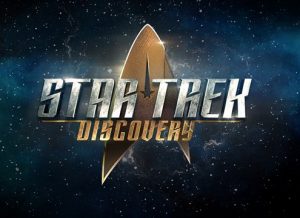 I was in elementary school when Star Trek: The Next Generation first aired, and from that point on there was always at least one Star Trek series running until I was a PhD student. And then, there wasn’t. Perhaps the market had become too saturated, as many critics claimed, but whatever the case, for the first time in over a decade, we can watch new episodes set in the original “Prime” Trek universe.

Will CBS All Access’s streaming flagship Star Trek: Discovery be an abomination, as many hardcore fans fear, or a revelation, as others hope (and early critics seem to suggest)? Either way, on Sunday I’ll be tuning in to find out. The trailers and reports suggest a show that will try to take the roughness of Enterprise and the edge of Deep Space Nine but still arc toward the optimism of The Original Series, with a cinematography light years beyond past incarnations. Perhaps, as its best predecessors did, Discovery can juxtapose universal themes with contemporary commentary and some fun, old-fashioned, solid storytelling. If it does, here’s hoping Star Trek: Discovery can live long and prosper. 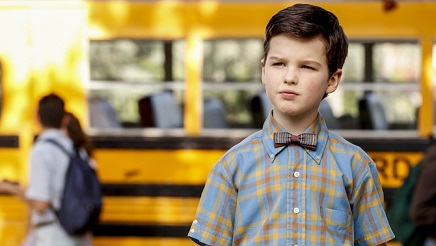 For the past six years, my husband has received the most recent DVD box set of The Big Bang Theory for his birthday. This means that every October our house fills with the familiar track laugh and nerd jokes that insulate this warm comedy. Naturally, of course, we are both looking forward to tuning in to Young Sheldon, a spin-off sitcom that follows The Big Bang Theory’s most recognizable character, (self-)renowned scientist and socially inept Sheldon Cooper. While Sheldon’s offhand mentionings of his childhood began as a bit of a running joke on The Big Bang Theory, as Sheldon became a more-rounded character with each season, so did his family and childhood. While show creator Chuck Lorre has historically shied away from assigning the word autism to Sheldon’s quirky traits, many fans speculate that the brilliant scientist must certainly be on the spectrum. Perhaps this new series will provide more insight into this. Regardless, though, it certainly promises the same comedic warmth that makes The Big Bang Theory so successful. 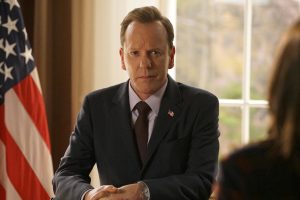 I was an avid fan of 24, which—of course—is to say that I loved Jack Bauer. So when Kiefer Sutherland took on the role of Tom Kirkman for ABC’s Designated Survivor, I was there to see what the show had to offer. The show’s premise piqued my interest, too: Kirkman, a low-level cabinet member, suddenly becomes president after a large-scale attack on the Capitol during the State of the Union. Absolutely unprepared and saddled with the enormous task of rebuilding the federal government and galvanizing the American people, Kirkman falteringly but admirably assumes this out-sized mantle. He has no personal ambitions and nothing but the public good at heart. Like Jack Bauer, Sutherland’s Kirkman is earnest, faithful, and self-sacrificing. Unlike Bauer, Kirkman is cerebral, humble, and sensitive. But both characters are public servants through and through. While such a political figure seems (and, I’m sure, is) too good to be true, during these divided times, a show like Designated Survivor can at least help us imagine the possibilities. 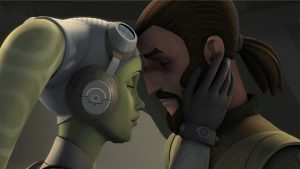 Star Wars makes its big return to the small screen on Disney XD this fall, in what should amount to an emotional fourth and final season of the show. After narrowly escaping the clutches of Grand Admiral Thrawn in last season’s epic finale, Ezra Bridger and his friends have their work cut out for them, as they now try to unite the various rebel cells across the galaxy into an official Rebellion against the tyranny of the Galactic Empire. In addition to a narrative that will lead directly to the events of Rogue One and A New Hope, this farewell season of Rebels also promises to appease fans of The Clone Wars TV series with a Mandalorian story arc centered around Sabine Wren, as well as a possible resolution to Ahsoka Tano’s journey. Count me in.

It’s easy to list all of the obvious influences on Netflix’s Stranger Things; the series was chock full of ’80s nostalgia and references that hearkened back to classic Amblin Entertainment films like E.T. and The Goonies. But the show was so much more than the sum of its parts, thanks to a delightfully weird and spooky storyline, a great blend of comedy, horror, and melodrama, and some fantastic performances (particularly from its young cast). Season Two promises to go even deeper into the first season’s mysteries, which revolved around government experiments, extra-dimensional creatures, and psychic powers. And yes, based on the trailers and promos released so far, the ’80s nostalgia—Dragon’s Lair, Ghostbusters, Michael Jackson—is still in full effect. 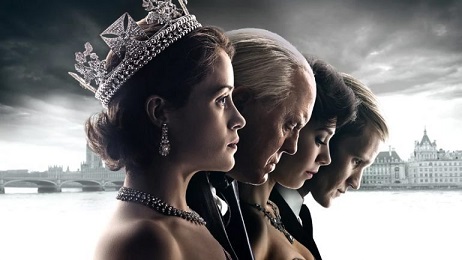 I had high expectations for the Netflix original mini-series The Crown, which premiered in November 2017, and the only disappointment I suffered was the thirteen-month wait for season 2. The historical drama follows the beginnings of Queen Elizabeth II’s reign and not only richly explores the history surrounding the 1940s onward but also begs the questions: at what point does a human being become a figurehead, and can the two exist in comfortable unison? Did the media advances sparked during Elizabeth’s reign make her life more tangible or less? Claire Foy delivered an effortlessly rich performance as these themes were explored in season 1, and I can’t wait to see what season 2 has in store. 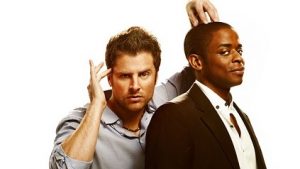 Confession: I’m a fickle TV-watcher. Very few shows hold my interest beyond a few episodes. I get weary of the characters, and that’s when my current read calls me away from the screen. (I hope this doesn’t sound too much like Shailene Woodley.) One show that has my undying devotion ended three years ago, leaving a gaping hole in my TV viewing. Psych (2006–2014) is a USA Network detective show with the usual TV-mystery components (a crime to solve, suspects to consider, evidence to collect, etc.)—with the added twist of the hysterical crime-solving duo Shawn (James Roday) and Gus (Dulé Hill). Shawn has astounding observation skills that he’s framed up as psychic powers to insert himself into police investigations, to the chagrin of ultra-serious Detective Lassiter (Tim Omundson). Much of the humor flows out of the lifelong friendship between Shawn and Gus—their banter is full of pop culture references from the ’80s to today and the hilarious frustrations that arise when people know everything about each other. Each episode’s mystery and comedy held my attention and provided lighthearted escape. When it ended, it was like my friends moved away. The good news? Shawn, Gus, and the whole Psych gang will be back for a TV special this December in Psych: The Movie. I cannot wait to see my old friends and pick up where we left off. 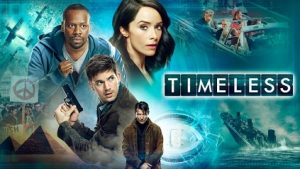 A show that escaped cancellation and is coming back with its second season in the summer of 2018, Timeless is a time travel drama about a team dedicated to keeping history as it should be. Meeting famous figures along the way—like Abraham Lincoln, Bonnie and Clyde, Jesse James, and Harry Houdini (my personal favorite)—a history professor, scientist, and soldier unravel a conspiracy threading back throughout U.S. history. I especially enjoy the racial and feminist commentary (as one of the crew members is African American and another is a woman), the occasional Star Wars joke from Matt Lanter (who voiced Anakin Skywalker in The Clone Wars), and the beautiful costumes and settings.