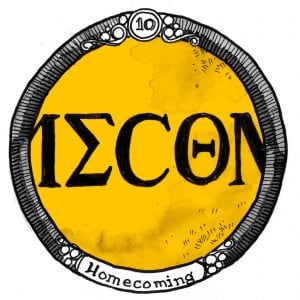 “Homecoming is a reminder that God has given us individual callings, but our callings are never about the individual.”

In 2018, Beyonce became the first black woman to headline Coachella. In 2019, we learned that she had not only recorded the performance, but had created a documentary for those plebeians too poor to pay the $450 ticket price to attend in person (or who lacked the stamina to stay up till 3:00 a.m. to watch it live via YouTube). Thank God for both Netflix and Beyonce’s benevolence, because Homecoming, the resulting documentary, is a masterpiece, designed for an audience far beyond the limited stage of Coachella.

With Homecoming, Beyonce paid tribute to the importance of Historically Black Colleges & Universities (HBCUs) in African American culture broadly and the HBCU phenomenon of homecoming specifically. Beyonce’s Coachella performance was her personal home coming, her first performance following the birth of her twins, Rumi and Sir. In a moment where she would have been totally justified centering her own triumphs; reaching one of the top musical stages in the world, fitting back into her costumes postpartum, being the first black woman chosen to headline Coachella, she chose a different path. Rather than centering herself, Beyonce made herself part of a collective. Beyonce could have put on her “flower crown” and made the moment about herself—after all, she had earned it. She was entitled to a moment of personal glory, but instead she felt it was more important to bring “our (African American) culture” to Coachella and for those who had never seen themselves reflected on a Coachella stage to see their bodies, their hair, their hips, their steps, and the things they valued being celebrated with excellence for once.

Beyonce’s Homecoming is a reminder that God has given us individual callings, but our callings are never about the individual. Our time on the stage is not about us. We are not seeking to just build careers, but we are seeking to build the church. The name we are seeking to draw attention to is not our own, but the name that is above every other name. We do not run for flower crowns (or as Paul called them “perishable wreaths”) of personal achievement, but for crowns of righteousness that can only be earned through knowing Him and making Him known to others. —Kathryn Freeman 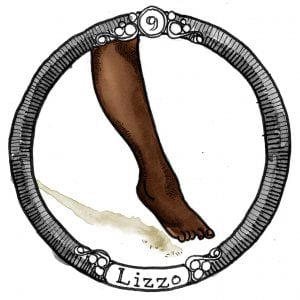 “As with most artists, Lizzo’s seemingly overnight success did not happen overnight.”

If there’s a sure bet to make at the close of 2019, it’s that you’ve heard of American singer Lizzo this year. Whether it was her songs “Water Me” (featured on Wal-Mart’s Black Friday TV commercial), “Good As Hell” (featured on Grubhub’s TV commercial), or “Truth Hurts” (featured in Netflix’s Someone Great movie), you’ve heard Lizzo’s music. You might have even seen her closing out the season finale of Saturday Night Live alongside legendary comedian Eddie Murphy. Perhaps you were fortunate enough to attend one of her concerts and witness her well-choreographed dance and solo flute (yes, the musical instrument flute) performances. In whatever way your path may have crossed with Lizzo (Melissa Jefferson), her journey to fame was in full bloom this year.

As with most artists, Lizzo’s seemingly overnight success did not happen overnight. Most of her aforementioned songs were released earlier this decade. But only now is she being recognized as a top entertainer. There’s plenty of speculation circulating as to why the voluptuous performer is receiving so much attention now, though. Some believe there’s a shift in the culture as listeners are more attuned to honesty, women’s empowerment, and positivity. Other critics point to society’s acceptance of an “obesity epidemic” as Lizzo is an outspoken and unashamedly curvaceous, full-figured African American woman. Lizzo believes her fame can be attributed to her ability to “write good songs,” her talent, and the performance of her “high energy hour and a half shows filled with love.” Whatever the formulation for the singer’s high level of success now, she is worth mentioning for CAPC’s 25 for 2019. —Timothy Thomas 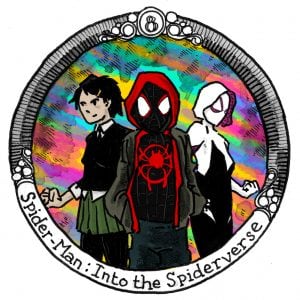 Spider-Man: Into the Spider-Verse

“Spider-Verse is a deliriously and gorgeously crafted film.“

It’s been years since America was producing anything in the ballpark of the most exciting animated films out there. Part of that is the over-reliance on Pixar-style computer animation (a cost-saving measure) and another part is the American propensity to see animation as merely the province of children’s entertainment. Whichever the major factor, the end result is that for decades the best animated films have come out of Asia or Europe while America hasn’t pretended to want to compete or even to keep their hand in the game (apart from perhaps some nice entries from Laika). Even visually splendid films like Coco haven’t tended to stretch beyond tepid uses for animation.

With Spider-Man: Into the Spider-Verse, American animators have finally shown American audiences that animation can do wonderful things and have the audiences believe it. Not only did Spider-Verse deliver a top-tier superhero movie, but it brought the kind of visual creativity I’d been wanting to see from superhero cinema since I was in junior high in the ’80s and a real Marvelhead. (Back then, I was dying to see my favourite comics hit the big screen with the same respect for the material as Akira did with Katsuhiro Otomo’s comic; and this was the first time I’d seen an American superhero movie do that.)

Spider-Verse is a deliriously and gorgeously crafted film. The care with which shots are drawn and composed, with how movement works, with how scenes are lit and coloured; it’s all so fresh and humming with verve. There are perfect shots (Miles diving upward toward the city above him, Gwen balletically swinging through an autumnal forest). There are stretches of perfect visual storytelling (the entire intro set to “Sunflower”). There are great character designs, and the creators somehow brought Bill Sienkiewicz’s Kingpin design into the film, which was exciting. And then there’s the wilder, frazzled bursts of colour and energy that feel so very comic-booky and at home in a story about dimensional breakdown and returning things to a new status quo.

It wasn’t a perfect film. It could have done with a less racist/exoticizing depiction of Peni Parker. It could have trusted itself with a less slapstick Spider-Ham. The framerate in some scenes could be disorientingly juttery. But it was a good film and a treat to watch. And a treat to re-watch. And with more animated films telling the further adventures of Miles Morales and the other Spider-Men coming down the road, I’m hopeful that this film will be the kick in the pants American production companies need to begin again to contribute to the global animation scene.  —Seth T. Hahne 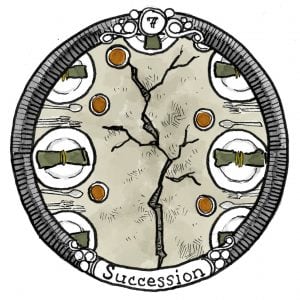 “This story teaches us about the power of unchecked greed and selfishness.”

In the second season of HBO’s series Succession, the Roy family continues their individual quests for control of the family global media and hospitality empire, built by its patriarch, Logan Roy. Logan’s health is on the decline, thereby escalating tensions between the various adult children, grandchildren, and sundry relatives who want their “fair” share of the wealth. Succession is tagged a satirical comedy-drama, with characters dispensing plenty of dark conniving and maneuvering and can-you-believe-they-just-did-that scenes.

Few of us have a family fortune to vie for. Still, few of us would find it hard to relate to the dysfunction portrayed, even at this amped-up level. Sticky relationships, especially with family, is all too common. In the Roy family, we see brokenness at its worst, but it’s not glorified. Instead, this story teaches us about the power of unchecked greed and selfishness to ruin relationships and ruin lives. Succession delivers a needful lesson in any era, but one especially pertinent now in our narcissistic, materialistic, capitalistic age. —Erin Straza 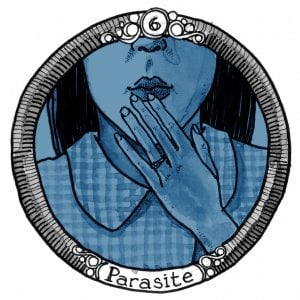 “The only difference between this and a handful of Dots and Tootsie Rolls is that all of the elements in Parasite blend together to create something akin to a Michelin meal.”

It’s tough to explain Bong Joon-ho’s sensibilities to someone unfamiliar with his work. That’s because Joon-ho’s work shouldn’t work. On the surface, the writer-director’s films are like one of those assorted packs of candy you buy for trick-or-treaters when you don’t want to spend money on the good stuff. Comedy, social allegory, horror—like his previous movies, Bong Joon-ho’s latest release, Parasite, features a grab bag of genres. The only difference between this and a handful of Dots and Tootsie Rolls is that all of the elements in Parasite blend together to create something akin to a Michelin meal.

Set in South Korea, Parasite tells the story of a poor family as they slowly worm their way into the home of the Parks—an elite clan flush with power and influence. At first, the film leans toward its humorous sensibilities, relishing in the nefarious ways the Kims intertwine themselves in their new upscale environment. It’s not long, however, until Joon-ho serves up a twist that boils over into a violent satire of greed, privilege, and financial stability. It’s all fun and games until you could lose everything.

Joon-ho doesn’t let any group off the hook in Parasite, choosing instead to examine the nature of social hierarchy (the Park’s multi-level home represents at least that much) and just how our world comes to define class distinction in today’s economic climate. In other words, just who is the “parasite” in Parasite? As the movie comes barreling in for rollicking final turn, viewers ask themselves that same question. If all human beings are inherently valuable and, as the Christian faith presumes, made in the image of God, then why are there so many floors? —Wade Bearden